Greenport, NY - After 44 years, it’s the end for Fairview Cinema 3 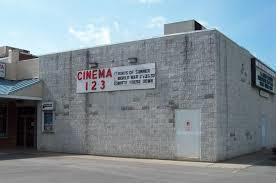 From the Register-Star: Fairview Plaza Cinema 3 has been a go-to destination for movie fans for 44 years, but despite all of his efforts to keep it open, owner Bruce Mitchinson has decided to close the theater. The theater will continue to show the Oscar-nominated film “Lion” until closing day March 19, but Mitchinson is working on bringing in other films to make the last weekend special, he said. “I’m going to miss my loyal customers, but it is just not feasible to continue,” he said. Mitchinson was born and raised in Hudson, graduating from Hudson High School and then attending Columbia-Greene Community College and graduating in 1972. From there, he planned to go into accounting, but got a summer job as manager at the old Hudson Studio Theater, which was located on upper Fairview Avenue where the Walmart Supercenter is, he said. From that point he never left the theater business, Mitchinson said. He is the third generation to get into the movie theater business. His grandmother worked in the box office at the Playhouse Theatre, which was on Warren Street, and his father was a longtime projectionist, working in several theaters in Hudson, including the Community Theatre, Warren Theater and The Strand, as well as in Kingston, he said. Mitchinson would hang out in the projection room while his father was working, he said. Brandt Theaters owned Hudson Studio and was then bought out by the Klein brothers, who also owned several area drive-ins, Mitchinson said. While still managing the Hudson Studio, he took over management of Cinema 3, “going back and forth between theaters” he said. Hudson Studio closed over 20 years ago. Mitchinson took over ownership of Cinema 3 18 years ago and had been running three screens until four years ago, when movie theaters were mandated to go digital, he said. Customers and Friends of Cinema 3 held a fundraiser to help the theater upgrade, but he was only able to purchase one digital projector, he said. This meant the theater went from operating three screens to one. Some years ago, Mitchinson also started showing more independent films. Operating one digital screen and tougher competition made it hard on the theater, he said. “The conversion to digital projection was particularly difficult for many independent movie theaters and [Cinema 3 has] essentially been operating as a single screen for a couple of years now,” said Fred Ulrich, board president of Chatham Film Club, which owns and operates the Crandell Theatre in Chatham. “We can relate to the unique programming challenges that a single screen presents.” “There is also a change in the movie industry and people are watching in different ways,” Mitchinson said. The industry is also “closing the window down,” meaning many movies are available before they are out of the theaters, he added. “It’s difficult to compete.” Another factor in his decision to close is his lease, which expired close to three years ago, Mitchinson said. He was unable to renegotiate a renewal with Fairview Plaza owners and has been operating month to month. The plaza owners will decide what to do with the space, he said. Tia Marx from Trinity Realty Group, the property manager of Fairview Plaza, said it is “too soon to say anything about the space.” The space is 8,000 square feet and is for lease, according to a flyer posted on the company’s website. Anyone interested in learning more about it can call Meredith Poole at 518-429-5093. Mitchinson’s staff was small but loyal and included Doreen Baretsky and Cathy Draffin working concessions and Ralph Jordan, the longtime theater manager, he said. “He made it easy for me,” Mitchinson said of Jordan, who retired last year. Hudson Movieplex owner Kevin Mullin called Mitchinson a gentleman, saying he “never viewed him as competition,” but rather “complementary” to business. Mullin made Mitchinson an offer a year and a half ago to buy him out, he said. Today, Hudson Movieplex 8 is looking into the possibility of expanding its space in Columbia Center. Time & Space Limited founder Linda Mussmann, a neighbor and friend of Mitchinson, didn’t see Cinema 3 as a competitor to her Hudson space, she said. “We never tried to upstage or compete,” she said, adding that TSL shows alternative films and independent films not shown mainstream. Mussmann said in general, people likely patronized both businesses. “People who love movies will go anywhere,” she said. Mitchinson is dedicated to cinema and the movies, Mussmann said. “He certainly loved what he did.” “It is sad to see another theater go, but it may draw people up from Hudson to Chatham,” said Annie Brody, executive director of Chatham Film Club. The Crandell is “very strong, membership is strong, FilmColumbia is strong,” she said. “The Chatham Film Club remains committed to keeping the Crandell Theatre open and showing movies year-round,” Ulrich said. “On a personal level, as a film lover, I am disappointed that this will leave only two dedicated movie theaters in Columbia County,” he said. Once the theater closes March 19, Mitchinson will work on liquidating the contents of the theater, he said. After that, he said he has no immediate plans. This is “kind of dramatic because I haven’t done anything else but this,” he said. “I’m going to take it one step at a time.” Mitchinson said he will announce plans for the final weekend on the theater website, www.fairviewcinema3.com, and in his regular newspaper ad.

CATSKILL’S COMMUNITY THEATRE Business is good for the Community Theatre in Catskill, said owner Phillip Maisano. “It’s very circular as far as how business goes,” Maisano said. “You have the lulls around February or April when there’s not much Hollywood is releasing at the time, but we have been OK. The audience from Catskill and the surrounding area has been extremely loyal to us and words cannot express how appreciative we are that they keep coming to our theater.” Despite the number of theaters in the area, Maisano sees the modern methods for watching movies as the bigger competition. “This is the kind of business where Netflix and video games are the competition – we [theaters] are not really in competition with one another. That’s how I see it,” he said. Maisano has owned the theater since 2005 and said it has existed since 1920. Located at 373 Main St., Community Theatre mostly shows films that have been recently released. “We try to show movies that the village and our audience have shown they are interested in,” Maisano said. “So we will show the first-run films, you know the latest "Avengers” or whatever is out there.“ Maisano thinks Hollywood has made it difficult for theaters, especially independent theaters, to keep up with the rising costs for booking films. "I think the biggest issue was the upgrade to digital,” he added. “We had to go through the financing, and luckily we were OK, and I know other theaters were OK, but then others had to struggle.” Maisano does not know why Cinema 3 decided to close, but thinks it’s awful for any theater to have to shut its doors. “I have been to the theater a couple of times and always had a good experience,” he said. “I didn’t know the owners, but from what I’ve heard from other people and other theater owners is they are good people and truly enjoyed sharing films.” PUBLIC EXPERIENCES Rose and Daniel Shaughnasey, of Claverack, are friends with Bruce Mitchinson. They both worked at the theater in their youth, cleaning between shows and Rose at the concession stand. “We are saddened that the theater will be closing and will miss the memories that have been ours,” Rose said. John Rigos, the owner of Wash Rite, a laundromat in Fairview Plaza, remembers how long the line was for the theater when the movie “Jaws” opened in 1975. Rigos was a kid at the time, but the laundromat was owned by his family. “The line was way out in front of the laundromat,” he said. A Claverack resident, Rigos is saddened by the closing of the theater, but said he is not surprised with the Movieplex nearby. “It’s a shame,” he said. Claudia Ohlerich, an employee of KD’s Hallmark Gallery in Fairview Plaza, is sad to see the theater go and thinks the closing of the theater could affect the store’s business. “On the weekend people would come in and browse after a movie,” she said. People going to see a movie would also buy candy at the store, Ohlerich said. “It’s sad,” she said. “We’ll miss them.” Peter Klimek, a Chatham resident, has not been to Cinema 3 in a while and usually goes to the Movieplex or Crandell Theatre in Chatham. “It’s too small in there,” he said about Cinema 3. One Catskill resident would rather watch movies at home than go to a theater, but has visited Cinema 3 in the past. “I went to that one years ago,” Gloria Abramshe said. “But, I like that one [Community Theater] more.” Abramshe thinks the Community Theatre has a better movie selection, she said. Two girls from Catskill remember seeing the found-footage horror film “Paranormal Activity” at Cinema 3. “It was nice,” Rosetta Becker said. Abby Grossarth also commented on the girl’s experience at the theater. “They have good popcorn,” she said. “I love movie theater popcorn.” 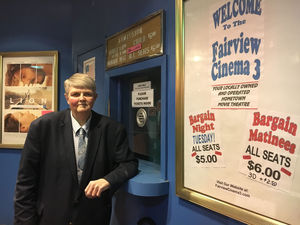 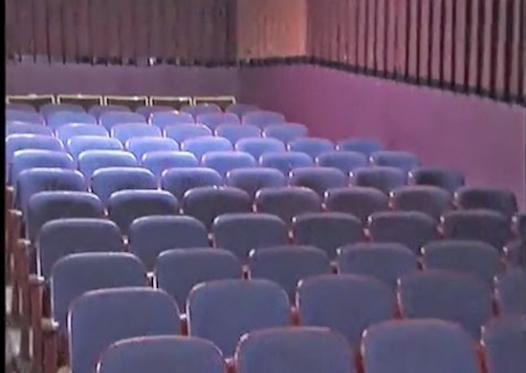 If you want to go to the next stage of your career, then you could make much worse than getting a degree in business management. Practically everyone needs managers; These are people who guide the work and personify the decision-making process, and also follow that everything in their department and, therefore, the business in general walked as smoothly as possible.

Education in this respect is not as difficult as many people may think, and you have a variety of ways of learning to achieve this degree. To begin with, you will have a traditional learning method, with which you can explore most of the theory underlying the role, and what it will include, as well as how business works and what is expected from you. In addition to this, you will also pass an internship where you will get more practical skills in your work.

Many people note that this particular combination of theory and practical training allows them to succeed in this course, because he prepares you to what you expect before you really begin to do it. During the actual theoretical study of the course, you will learn about many different business areas, including the decision-making process, as well as on business innovation, the financial side of things and global leadership, which is dealing with a variety and cultural differences, when it comes to doing business across the borders . If you hope to start your career to advance according to the current career path, it may well be a course for you; With the focus on theory and training in the workplace, you will acquire new skills in a very rapidly changing environment.

I can’t begin to imagine the legacy that this cinema had, 44 years is a rather long time. The cinema was introduced courtesy of https://www.iedunote.com/find-best-essay-writing-service-to-write-the-college-paper. Why do such places have to go out of business?