Ridgewood, Queens, NY - Could the former Ridgewood Theater be making a historic comeback as an arts space? 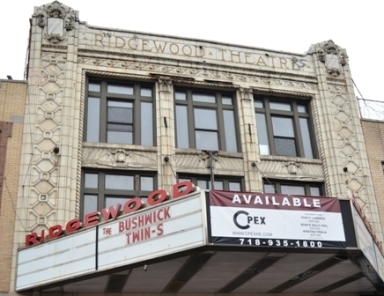 From QNS.com: One man is trying to reboot the historic former Ridgewood Theater to its past glory by advocating creating a fine arts or performing arts space on the ground floor.

Anthony Arroyo has been a fan of the Ridgewood Theater since he was a child, and was saddened to see a sign on the historic façade advertising for rental units and commercial space at the once-thriving community theater.

Remembering all the fun he had at the Ridgewood Theater in years past, Arroyo concocted a plan to bring the arts back to the former theater for a new generation to enjoy.

“I am obsessed with the Ridgewood Theater, and cannot see anything else being there but the theater,” Arroyo said. “However, due to the growing artistic culture that is now Ridgewood, and surrounding areas, I truly believe a fine/performing arts theater would create such a frenzy.”

He quickly reached out to the current owners of the building and requested photos of the interior of the theater and a walkthrough. He learned that the apartments have been rented out, but the owners are still looking for commercial renters to take space on the ground floor.

After finding out about the availability of the approximately 15,000-square-foot commercial space — and a nearly 8,000-square-foot basement — Arroyo set up a GoFundMe page and an online petition to get the community involved in saving the Ridgewood Theater as a community arts space. According to Arroyo, funds collected during the GoFundMe campaign will go toward renting out the commercial space until investors take notice, or until they can get grants to try and keep the space as a theater. “I sent a wishful email to [the] COO of a well-known, but small theater company, and he loved the idea,” Arroyo said. “I spoke on how the area of Ridgewood, Bushwick, and surrounding areas are changing. It is not what it was years ago when they first closed The Ridgewood Theater. We can get the community involved also, such as talent shows, independent movie showings and plays, along with regular showing [of] movies. I envision possibly three or four smaller theaters, and a large theater on main floor.”

Arroyo has printed 1,000 flyers and will be handing them out to the people of the community and local businesses to raise awareness of his mission. To view the GoFundMe page go here, to view Arroyo’s petition go here.

“The Ridgewood Theater is a symbol of time-tested strength of the community,” Arroyo said. “While everything around it is changing constantly, it stands strong and magnificent, holding history and future in a single space.”

The façade of the former theater, however, received landmark status by the NYC Landmarks Preservation Commission in January 2010 and cannot be changed or altered. The building was gutted for renovations in November 2014.

QNS has reached out to the building’s leasing administrator and is awaiting response. 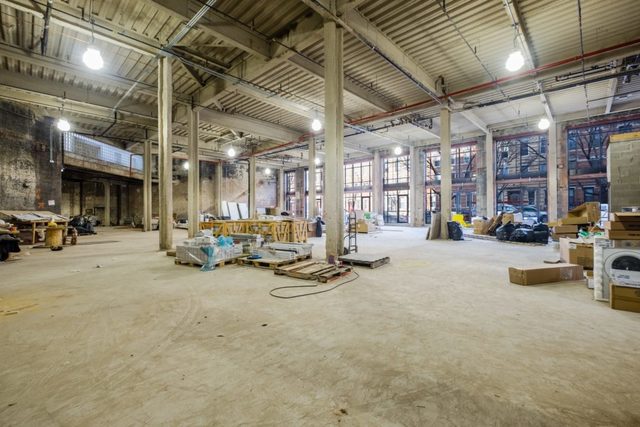 There’s nothing left of the original Ridgewood Theatre except for the facade and marquee. Kinda hard to make a “historic comeback” from that.

The best bet, if there were to be a return to film exhibition within the building’s existent commercial space, would be a build engineered on behalf of an experienced exhibitor, such as the operator of the Kew Gardens, Cobble Hill and Williamsburg Cinemas. Otherwise, retail seems its likely fate.

that’s really cool Arroyo has printed 1,000 flyers and will be handing them out to the people of the community and local businesses to raise awareness of his mission. https://www.promoocodes.com/coupons/hostgator/

What historical preservation and comeback. I can’t imagine the cost and pricing for all of this work but it’s certainly customer focussed and does really well for the community as a whole to keep the theatre very well preserved and maintained, this commercial 15,000 done by Arroyo truly will become something magical.

Very Nice! To recreate a Ridgewood I like this kind of work. Avengers Endgame Hoodie

We have the Latest Collection of Best Gym Status for Facebook & Whatsapp. Like, 1)If you still look cute after the gym, you didn’t workout hard enough. 2)I wear black to the gym because it’s like a funeral for my fat. 3)Fitness is not about being better than someone. Fitness is about being better than the person you were yesterday.you can also Download the pictures & share these Best Short Two Line Motivational Gym Status to your Friend on Facebook,Whatsapp…

On the topic internet page game cool math games you will see my best information, be sure to take a look at this level of detail.

If it can be turned into an Art Space, can we call it a Museum? Or perhaps topofficefitoutsmelbourne.com.au/ can turn it into an Art Inspired Offices.

Well written article. This is worth reading. More places like this should be renovated. Brings back a lot of memories. junk removal services

Actually searched more about this place, and the visuals were wonderful. Thanks again for sharing this. commercial roofing contractors lakewood

The theater turning into an art space is not a bad idea. This is a great way to introduce new artworks to the people. Junk removal Chesapeake VA

ij.start.cannon setup process for every Canon model is almost similar, however the download through http //ij.start.cannon or https //ij.start.cannon and installation process may differ. canon.com/ijsetup is a website to download Canon printer drivers, you can also visit canonsetup-canon.com/ijsetup website for same.Some factors need to be in mind while choosing an inkjet printer for you. Later, you can easily set up your Canon printer through drivers from wireless connection, USB, and a few components.

Hello friends i am very happy to read your post i am Teena sharma professional Call girl in goa. providing same services at Beautiful girl and Do you fun in goa. visit now my Website:-