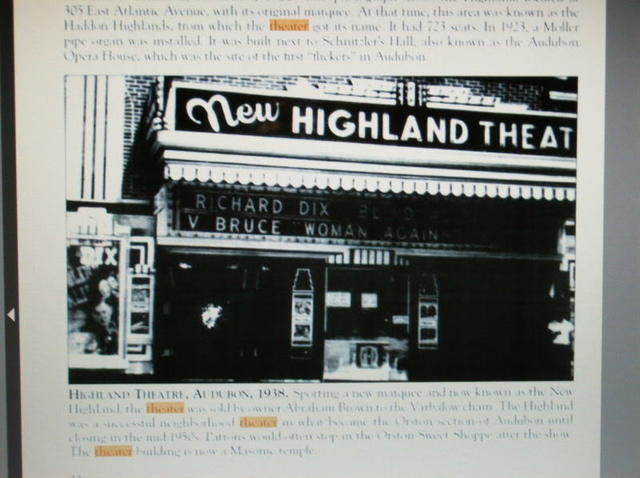 The Highland Theatre was opened prior to 1921. By 1938 it sported a new marquee and was renamed New Highland Theatre. It was closed in the mid-1950’s. The building was converted into a Masonic Temple.

Now a masonic temple. Theater closed in the mid 1950s.

This theater was in operation prior to 1921. The February 19 issue of The Film Daily that year reported on the start of construction on the house that became the Century Theatre, saying that it was located in between the Highland Theatre in Audubon and the Haddon Heights Theatre, about eight blocks distant.