Remis Auditorium at the Museum of Fine Arts 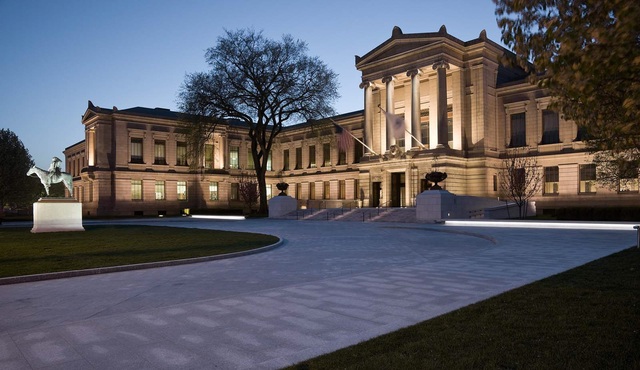 The Film Program at the Museum of Fine Arts presents a wide variety of foreign, independent, and classic films.

Now that all of Boston’s independent and art cinemas have closed, the Museum of Fine Arts is often the only place in town to find a foreign film.

The West Wing, which contains Remis Auditorium, opened in 1981. However, the museum’s film program goes back to the late 1950s. Where did they show films before Remis opened?

The MFA just installed new Kinoton projectors this past week. They have the best picture quality in town (by far).

re: “Where did they show films before Remis opened?"
There was another auditorium that was accessed by walking in directly from the main entrance which was then on Huntington Avenue. (The entrance is still there but not used.) The auditorium , as I recall, was straight ahead once you walked in. I have a feeling you had to walk up a flight of stairs first. The gift shop was on the right of that Huntington entrance. The auditorium was fitted with ancient cast-iron frame seats which were about as comfortable as medieval torture racks. It was a nice space, however, and the screen-to-audience angle was better than the weird one in Remis. There was excellent programming even back in the 1960s when I started going, generally 16mm rentals from the standard distributors, although there wasn’t the length and breadth of offerings that you have now, and they weren’t every day. Later on the programs became more extensive. I remember a nice series of rarities from George Eastman House that included a 35mm print of the German version of Garbo’s "Anna Christie.” Does anyone know when the new auditorium opened?

The West Wing was dedicated on Friday, July 17, 1981 and opened to the public the following Wednesday, July 22. I don’t know when the first film was shown in Remis, but if it wasn’t that day, it was probably shortly thereafter.

The MFA is opening a second auditorium as part of the Art of the Americas Wing later this month. From the press release:

I don’t know if all film programming is moving to Alfond, or if the museum will continue to use Remis as well.

I don’t know when this was written but Boston has not lost all of it’s art theatres. Those that are still open are the Somerville, The West Newton, theLandmark Kenmore in Cambridge, and now we have the Re-Newed Paramount downtown. There are other theatres that still show some Art & Foreign Films.

The Somerville is in Somerville, the West Newton is in Newton, and the Landmark is in Kendall (not Kenmore) Square in Cambridge. None of these are in Boston.