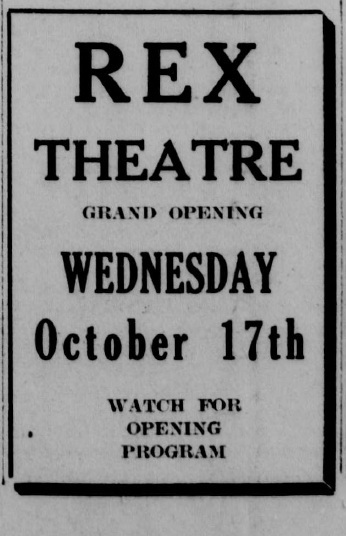 First established at 119 South C Street and opening October 17, 1934. Later moved to 232 East Yosemite Avenue, across the street and west of the Madera Theater.

The Film Daily Yearbook, 1941 has the Rex, 450 seats (closed) which is obviously the South C Street location and puts an approximate date on the ‘move’ of the theatre to 1940/41.

This undated photo (though “Young Tom Edison” was released in March, 1940) shows the Madera Theatre at the left, and the marquee of the Rex can be made out on the right side of the street near the beginning of the next block, just past the hotel on the corner of C Street. The sites of both the hotel and the Rex Theatre are now occupied by a branch of Chase Bank.