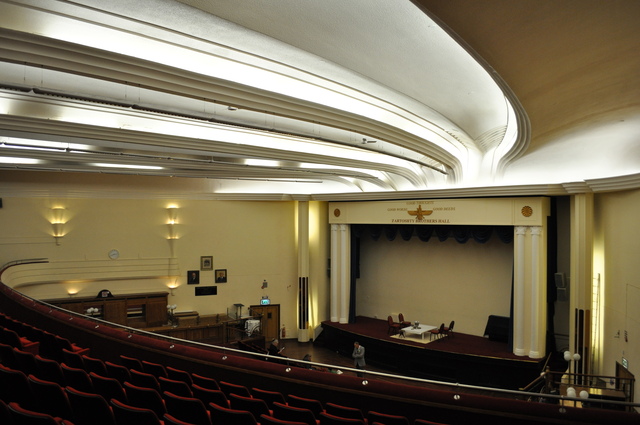 Located in the Rayners Lane district of Harrow, Middlesex, today part of northwest Greater London. The Grosvenor Cinema opened on 12th October 1936 with Jean Hersholt in “The Country Doctor”. It is most notable for its fantastic facade, sometimes referred to as ‘the elephant’s trunk’. The auditorium had a seating capacity for 1,235, with 830 in the stalls and 405 in the circle. The stage was 44 feet deep, and there were six dressing rooms. There was a cafe located in a sunken area in the centre of the main foyer.

From 1st November 1981 it was taken over by an independent operator and re-named Ace Cinema. It was at this time that the building was granted the status of a Grade II Listed building. The Ace Cinema closed on the 6th October 1986, and two years later it’s listing was upgraded to Grade II*.

It then became a wine bar, known as the Ace Bar in the main foyer, with a night club in the auditorium named the Grosvenor Cine/Bar Experience. The auditorium became the Studio Warehouse nightclub and operated into the mid-1990’s.

Some exterior & interior pictures here – from when it was still a cinema!:–

Two interior pics here from when it was operating as the Ace Cinema in 1986:–