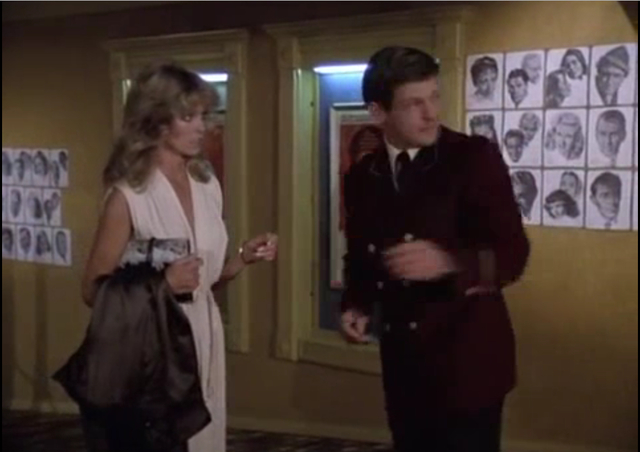 Located in the Palms district of Culver City. The Palms Theatre was opened in the 1920’s and was still operating in 1985. A post office now stands on the site.

A follow-up: that last time I went there was December 14, 1963, because it was the day of the Baldwin Hills Dam collapse and flood just a few miles away. The incident took place while I was at the Palms with my aunt, and we didn’t find out about the disaster until we got out of the theatre. It was quite a time — three weeks earlier, JFK had been murdered, and, three weeks thereafter, we left L.A., where I had lived all my young life, and moved to Europe, where my father had been transferred. Tumultuous times, indeed.

If memory serves correctly, the Palms advertised real buttered popcorn, a rarity in those days.

In 1981-82 I lived around the block and had the pleasure of just walking around the corner to see second-run films at the Palms. A few that come to mind: “Fame”, “The Competition”, “On Golden Pond”. But my best Palms memory of all — an evening I still recall as one of the standout experiences ever with a movie AUDIENCE — was “Blazing Saddles”. A full house, the perfect audience, and a purely great night at the movies in a nice neighborhood theater.

Lots of memories of the Palms. We all went to the Palms on Saturdays.
Ralph and Margaret Hintz owned it and the family ran it. During WWII it was said that the theatre was open 24-7 to patrons working in the war plants.

Jim Allen and Merrit Stone always hired ushers from patron families. I started in 1961. Jim and Merrit were great guys. They “funded” my education at UCLA with no interest loans that I paid back each summer. Jim and Merrit were both members of the actors guild and we often had name actors come by to see a movie. After graduation from UCLA and after starting my professional career, I worked most of every week for the next 6 or 7 years. The owners and ushers were family! I met Miss Karen there in 1967. We have been married for 42 years. Three of the ushers at the Palms were ushers at our wedding. A lot of us are still in touch. Both Merritt and Jim have gone on to their rewards. Jim and Merritt took a run down theatre and turned it into a safe, family oriented, theatre with many first run-city wide released through the years.

Wow. I literally have no memory of the inside or outside of this place. But I do know that in 1975, my sister’s 11th birthday party was there, and we saw a double feature of “Smile” and “Funny Lady”!

WOW! Saturday at the Palms Theater in the 1950s – what I remember most was the two-strip color Roy Rogers movies – also the two owners were clever, one Saturday during the intermission a kid sailed a flat popcorn box (like a Frisbee) at the screen and an adult came down the aisle and grabbed the kid and took him out – you coulda heard a pin drop – we always thought the managers arranged the event, but we were never sure so Saturdays were quite well-behaved after that

Uploaded three photos from Vaughn’s Summaries, a blog site. Double exposed photo of the Palms in 1928, a 1985 shot with manager Don Nakagiri in the foreground, and a 1950 rendering by Vaughn, himself, as he remembered the seating plan.

I used to go to this theatre with my dad a lot – mom only like “happy” movies. Saw Cabaret here and Ryan’s Daughter. I distinctly remember the phone message for The Boston Stranger – “…it will really choke you up…” And it if it was a tear jerker, Jim or Merrit would stand at the door handing out Kleenex. I paid $0.75 to get in back then. Can you believe ANYTHING ever cost $.75, ever? Those days are long gone, I’m afraid. Oh, well, I have some great memories.

Does this auto correct? It was Boston STRANGLER of course!

Viewers can get a good look at this theatre in the Charlie’s Angels episode from the first season called “The Big Tap Out” – Farrah Fawcett meets a guy outside. Interesting enough – Aaron Spelling and Leonard Goldberg had a hand in the Robert Altman film “California Split” and the title of said film appears on the marquee for the Palms in the scene. I will try and find the scene.

Went to the Palms almost every Saturday with Vaughn to see Roy Rogers or Tarzan movies. Always took my cap guns. This was in the early 50’s. Week nights sometimes my parents would take my sister and I. They had bingo night between features. I won one night and had to go up on stage and spin a big wheel. It ended up on three. I got three silver dollars. I thought I was rich. Bought a Lionel railroad car at the dime store the next day. The lady that helped me saw me win my silver dollars the night before. What fame.