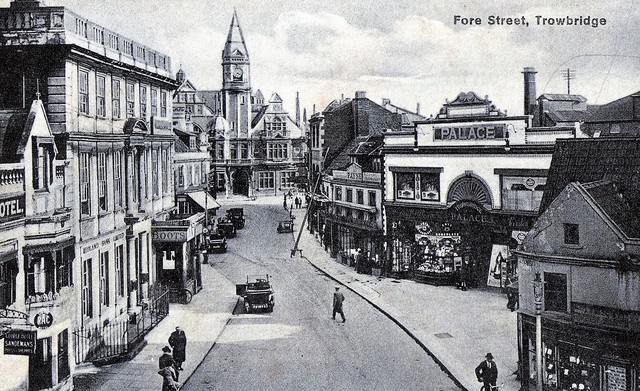 The Electric Palace of Varieties opened in 1914 by the Albany Ward Circuit. Taken over by Provincial Cinematograph Theatres(PCT) by 1920. Taken over by the Gaumont British Theatres chain in 1936, it was soon closed and demolished to allow a new Gaumont Theatre to be built on the site, which opened in November 1937.

An old postcard pictures this theatre in the early-1930’s with a sign advertising “talkies” positioned over the entrance.

Here is the old postcard I found of the Palace. The film on the poster appears to be “Young Woodley” from 1930 and stars Madeleine Carroll and Frank Lawton.

The Palace Cinema was opened in 1914 by the Albany Ward circuit. It had a seating capacity of 635. It was taken over in February 1929 by the Provincial Cinematograph Theatres circuit (who were later merged into the Gaumont British circuit).