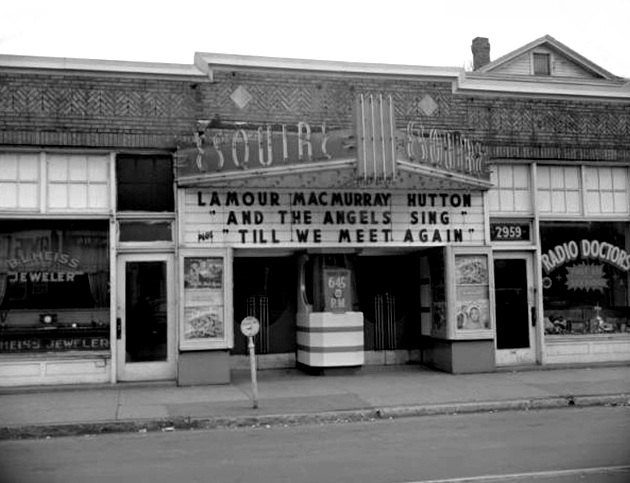 There’s no address on the caption, but I believe this circa 1960 photo is of the Esquire Theater and not the Esquire Cinema:
http://tinyurl.com/qsw9c

Joseph Cantor operated the Esquire Theater in 1963 as part of his Cantor Theaters chain. The other Cantor venues at the time, both in Indianapolis, were the Lafayette Road Outdoor Theater and the Shadeland Outdoor Theater.

INDIANAPOLIS (UP) â€" The Esquire Theater Wednesday announced it will not show the controversial movie “Baby Doll”, the picture recently denounced by Francis Cardinal Spellman as “immoral.” The management of the theater said it has cancelled the movie, scheduled to open next Wednesday. No other bookings have been made here.

A spokesman for the theater said the cancellation resulted from a difference of opinion with Warner Bros., distributors of the film. He said the controversy was over “conditions under which the picture would playâ€.

The Esquire was apparently an art house in its last years. A September 25, 1972, Boxoffice item about the Rivoli Theatre and manager Thomas Ferree’s intention to experiment with running foreign films quoted him saying “When the Esquire Theatre died in 1969 those films died with it.”

The Garrick Theatre, 30th and Illinois Streets, was on a list of Indianapolis theater in the November 25, 1916, issue of The Indianapolis News.