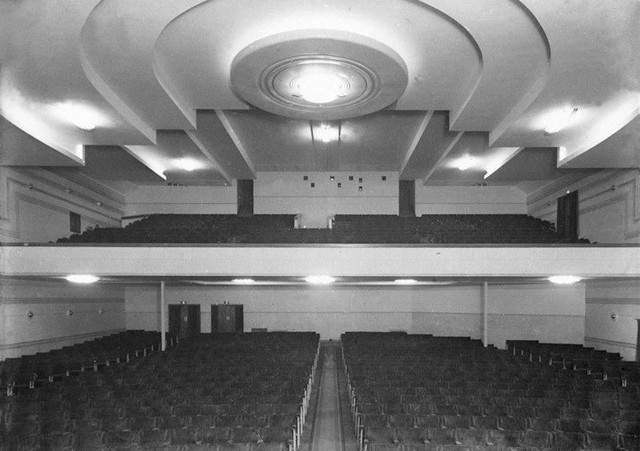 Located in the Sydney suburb of Mosman, this beautifully designed Art Deco theater was designed by the architecture firm of Crick and Furse. This beloved movie palace opened on Friday, 15th October 1937, with the main feature “Nobody’s Baby” starring Lynne Overman.

In 1967, a large slice of the theater’s frontage was lost to road widening (the theater is located on a major transportation artery which leads to Sydney’s northern beaches). In 1972, the ‘New Kings’ name was changed to ‘The Classic’, but then back to ‘Village’ in 1976. Under the Village banner, the theater underwent extensive refurbishment, restoring some of the grandeur that had been lost over the years.

The theater finally closed on Wednesday, September 17, 1986 and was demolished to make way for the Greater Union Cinema Centre which opened in December 1987. This replacement twin theater operated as Greater Union Mosman 2, until it was closed in January 2011.

As is in every city, there is at least one bewildering horror loss: in Sydney on the north shore it is certainly this one. It was so well run, and so beautifully restored, even in its final years that the shock of the 1986 demolition is still greeted with head shaking. The decor then was dark blue and cream…chrome trim and railings etc….very German/ocean liner/deco.
I saw BLADE RUNNER there in 1982 and as usual, this sensational deco cinema was packed. It made it through the video boom of 1983/4 and then was demolished simply to create a concrete twin..and guess the result….the new twin has never been popular. Even today, it is a ho hum operation with cookie cutter progamming. Nearby the opulent deco Cremorne Orpheum was re-opened in 1987 and has expanded to become the north shore’s most successfull and celebrated art deco masterpiece cinema….just like the Kings was until the corporate suits “fixed it”. The silly thing is, it could have been sensibly converted into a ¾ plex and still retained the look and style of a Kings Theatre. Like the Orpheum did, just up the road.
The concrete twin will be demolished soon as it just doesn’t work and the Oprheum nearby beats the boxoffice on a weekly basis. They had it at Mosman but it was trashed in the name of corporate progress. As usual. Yeesh!

The Powerhouse Museum has a small reproduction art deco cinema called the Kings Cinema after the famous Kings Cinema Chain. Inside this small theatre you will find reproduction lights based on those from the Mosman Kings and the seats are from the Manly Odeon. The Foyer is made up of the QVB’s 1930’s renovations. Everyday you can experience a segment of a silent film accompanied by a Fotoplayer and watch some classic Aussie films.