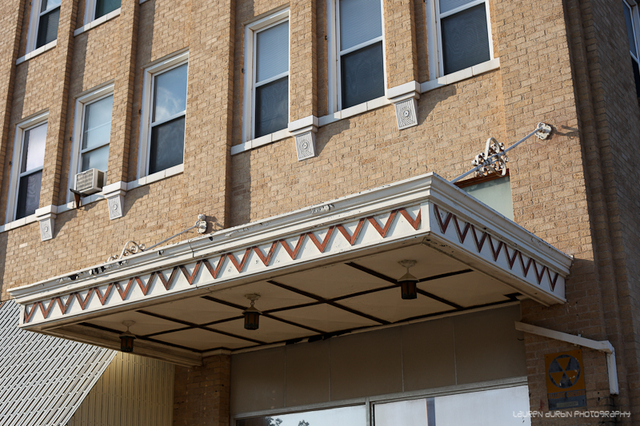 The Temple Theater was located in what is now the Ardmoreite (newspaper) building. It was in opened July 10, 1938.

To see exterior/interior photos of the Temple Theatre type in word “theatre”, then search…
View link

A few vintage photos witness what the former Temple Theatre once looked like. These days the auditorium is used as a newpaper printing facility.
TEMPLE THEATRE, 117 W. Broadway, Ardmore, OK
http://www.roadsideoklahoma.com/node/235

This is what the former Temple Theatre looks like these days.
View link

I think that the Temple Theatre in Ardmore might be the house that appears as the Shrine Theatre in a list of theaters designed by architect Leonard H. Bailey that appeared in the October 25, 1930, issue of Exhibitors Herald-World. There is a Masonic lodge on the fifth floor of the building.

It’s not unusual for a building housing both a theater and offices or other uses to have two architects. J.B. White was a well known local architect in Ardmore, and so would have been a logical choice to handle a major local project, but had probably never designed a theater.

Leonard H. Bailey was an Oklahoma City architect who had experience designing theaters, and was probably brought in by the owners to handle that portion of the project. White, being local, was most likely also the supervising architect who oversaw the construction.