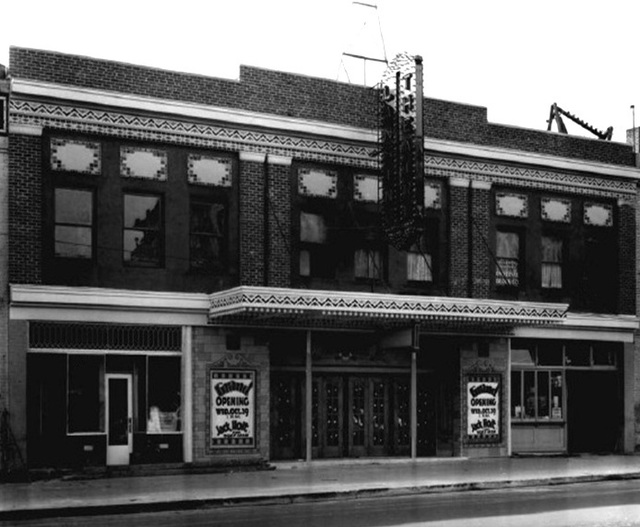 Opened as the People’s Theatre in 1900. It only lasted a few weeks before the owners departed from the building. It was taken over by new owners and renamed Colonial Theatre. Slight alterations were made in 1909. It became the Lansing Theatre from October 29, 1930 following a remodel by architectural firm Bowd-Munson Company.

It became the Esquire Theatre from January 8, 1954. It was operated by Butterfield Theatres as a sub-run house and closed September 25, 1960 with Frank Sinatra in “Ocean’s 11”. It was demolished in 1961.

There is no trace of this theater or any of its adjacent buildings on E. Michigan today. This site also mentions that the theater was razed for a parking lot. Status should be changed to closed/demolished.
http://tinyurl.com/cwu7tk

The Colonial Theatre in Lansing was mentioned in the November 27, 1917, issue of Michigan Film Review.

This reopened on October 29th, 1930 as Lansing. Grand opening ad in the photo section.

This reopened on January 8th, 1954 as the Esquire. Its grand opening ad can be found in the photo section.

The Colonial Theatre opened in 1900. It was refurbished slightly with another grand re-opening in 1909. As the Esquire Theatre, it closed September 25, 1960 with “Ocean’s 11”. A salvage sale was conducted two months later with the theatre razed in 1961.

The October 28, 1930, issue of The State Journal said that the Colonial Theatre had originally operated for several weeks under the name People’s Theatre. The promoters of the project, strapped for funds, had decamped shortly before the house was to open, and Charles Clark, the contractor who had built it for them, rather than let it sit idle, opened and operated it himself as the People’s Theatre while he sought a permanent operator. Two local men, Charles H. Davis and John M. Wilson, leased the house and renamed it the Colonial Theatre.

The same issue of the newspaper carries a courtesy ad from the local Bowd-Munson Company, architects with offices in the Wilson Building, so that must have been the firm that drew the plans for remodeling the Colonial into the Lansing Theatre. Edwyn Alfred Bowd and Orlie J. Munson also designed the State Theatre in East Lansing.