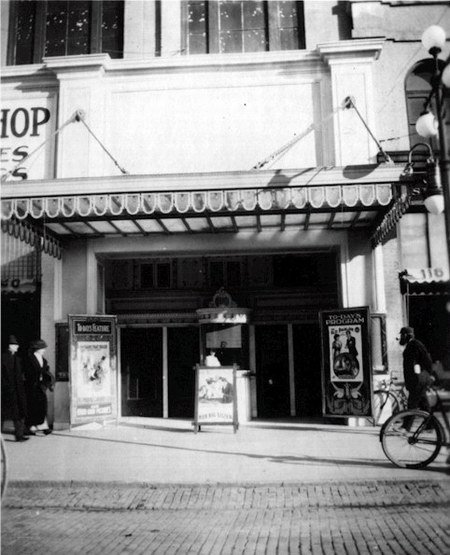 Via the Lansing Public Library: The Garden Theatre was located at 118 N. Washington Avenue and also went by the names Meads Hall, Downtown Theatre & Star Theatre. Opened as Meads Hall in 1866 and hosted several well known theatre acts as well as many of Americas finest orators. In 1876 the hall was the site of the local Centennial. In the late-1890’s due to increasing competition, the popularity of Meads Hall began to wane.