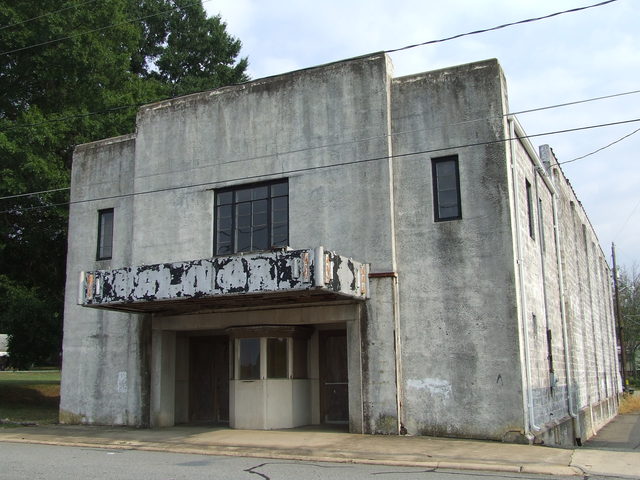 Any information on the Balmar Theatre would be appreciated.

Here’s a 2007 view of the BALMAR – still looks like the historic photo: http://www.boxsetgallery.com/stein/index.html

The Balmar is located at 1504 Mill Avenue. The city should be changed to Eden, as Draper and two other towns merged to form the new town of Eden in 1967.

Here are my pictures from December 2010.

This was owned by my father Ballard Bertram Martin Jr and his father Bal Martin Sr. They also owned one on the Boulevard in Spray

Kind of grim in appearance but still art deco and very evocative and interesting. Love this pic.

The Draper Y.M.C.A. operated two different theaters, and both were in operation in the late 1930s. The house that became the Balmar was the second, and probably opened in 1936. A quarter-page ad in the Y.M.C.A. activities book published that year said that western pictures were featured at the Draper Y.M.C.A. New Theatre “…located across the tracks.” (Complete activities book scan here.)

There are two photos (here and here) of the original Draper “Y” Theatre, both of which also come from the 1936 activities book. A modern caption below one image says that the original “Y” Theatre was located on the site of the current Draper Fire Department, which Google Maps shows to be in the 1400 block of Fieldcrest Road.