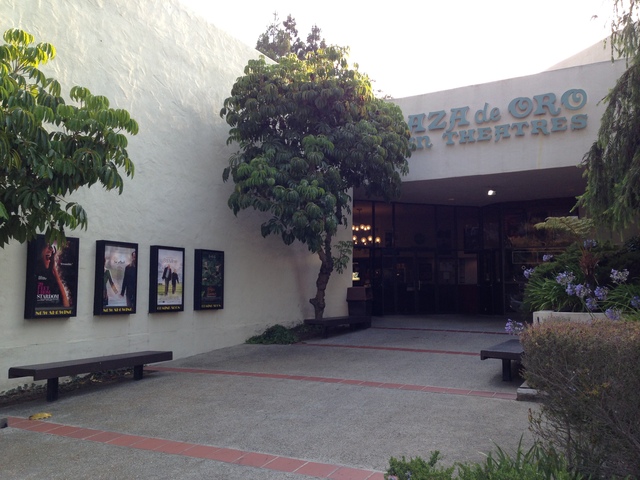 Metropolitan’s Plaza del Oro Twin opened on December 22, 1978, according to an item in the January 8, 1979, issue of Boxoffice Magazine. The new house had 300 seats in each auditorium, and the Spanish-style building was designed by Santa Barbara architect Don Sharpe. Oddly, the magazine describes the lobby decor as following a “…Gay Nineties theme.” An unusual feature of the theater was having the lobby situated between the auditoriums, to eliminate the bleed-through of sound so common in multi-screen theaters.

Metropolitan actually opened four new screens in the Santa Barbara area that December, as the circuit’s newly-twinned Fairview and Cinema Theatres in Goleta re-opened that month.

Time to change the name of the theatre. As of last month, it’s now the Hitchcock Cinema and Public House.