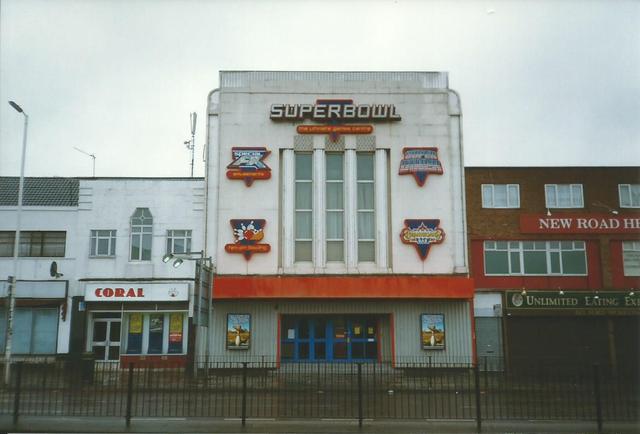 The Princess Cinema was built for Lou Morris and opened on 8th October 1932.

Seating was on a stadium plan, with a raised circle area at the rear which did not overhang the rear stalls section. It was equipped with a Compton theatre organ, a stage for variety shows and a cafe.

It was taken over by Associated British Cinemas (ABC) from 28th August 1933 and they operated it until closure on 23rd April 1960 screening the double bill programme “Carry On Constable” and “Road Racers”.

It was converted into a bowling alley, known as the Princess Bowl which opened on 3rd December 1960 and this use continued until around 2002. The auditorium section of the building was demolished in early-2003 and the foyer sectioned the building is occupied by the Mountain of Fire and Miracles Ministries.

The Compton organ was removed to Northampton in 1936. WIth the addition of a melotone it was installed in the Savoy/ABC(now the Jesus Centre) on Abington Square, opening in 1936. It was removed in 1960 by a local organ builder(Alfred Davis and Son) and broken up for parts. Little of it was considered useful!

From Google earth imagery it would seem that the auditorium of the Princess was demolished in early 2003.