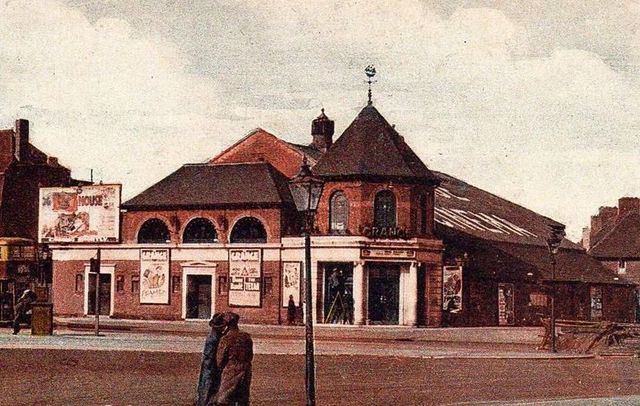 Located at the corner of London Road and Goresbrook Road, a junction known as the ‘Chequers’ after a nearby public house of that name.

The Grange Cinema opened in December 1928, and seating was all on a single floor. It operated a policy of pictures and variety into the late-1930’s, and was equipped with two dressing rooms.

The Grange Cinema was part of the independent Kessex Cinemas Ltd. chain. It was taken over by the Oscar Deutsch chain of Odeon Theatres Ltd. in 1943, but was never re-named Odeon.

The Grange Cinema was closed by the Rank Organisation on 24th August 1963, with the documentary "Marilyn" and James Mitchum in "Young Guns of Texas". The building was demolished and Comfort House, a mixed use retail and office building was erected on the site.