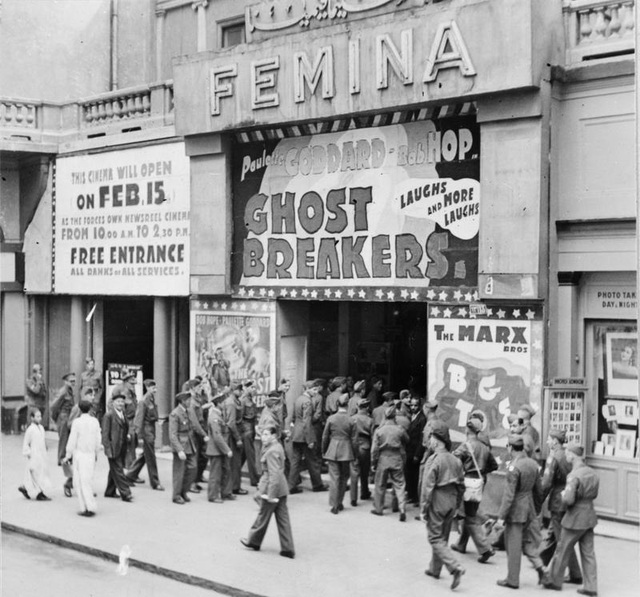 Opened as the Femina Cinema in the 1940’s. In the 1960’s, it was renamed Capitol Cinema. Later under new ownership in the late-1980’s this was considered one of the best cinemas in downtown Cairo. It has been re-furbished in recent years but apparently looks a little down-at-heel.

It screens action movies, many in their original English language. The admission price is cheap, attracting young Egyptian males. It is recommended that women do not go here alone.

The entrance to Karim II is around the corner.

“Karim” in Arabic means, “Generous.” Oftentimes this is also given as a man’s name.

The cinema must have opened in the forties and it was called FEMINA showing among other greek films for the then thriving greek community in Egypt.In the sixties it changed ownership as well as its name into cinema CAPITOL showing first run movies.It soon became a second run cinema with a double bill program and an ill fame as well.In the eighties it was bought by the famous egyptian movie director Youssef Shahin becoming again a first run theatre.It only shows now egyptian movies

such a valuable photo!!It confirms the fact that the cinema opened in the early 40s(the movie shown was produced in 1940).Its façade changed several times since then.It is still operating as a duplex with the addition of another auditorium around the corner. A pic will be uploaded soon