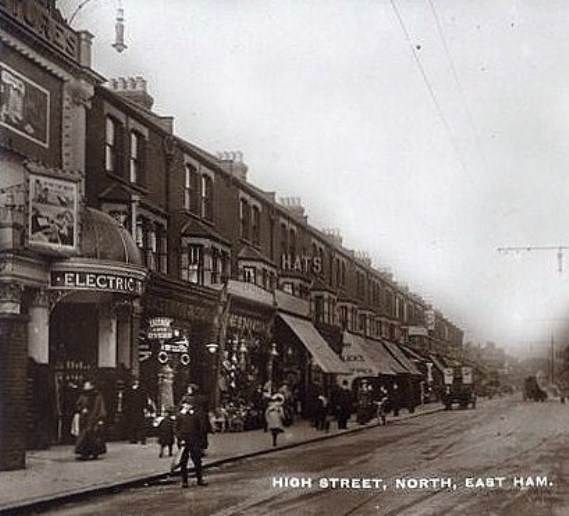 Located in the east London district of East Ham. First opened in 1912 as the Premier Electric Theatre, the architects were Ewan & Barr and it had a seating capacity for 800.

In 1921 a new auditorium was built at the rear and the former Premier Electric Theatre became the foyer and cafe area for the new cinema. It opened on 12th March 1921 with May Allison in “Fair and Warmer” as the Premier Super Cinema. The architect is usually given as William E. Trent, but there is some doubt that he was in charge of such a large project at that stage in his career (he did carry out a modernisation to the building later on), however the interior decorations were carried out by Val Prince. Seating was provided for 2,408 in stalls and balcony (which had side seats arranged on slips which carried the balcony right up to the proscenium opening. There was a stage, three dressing rooms and the cinema had its own orchestra and a specially made organ.

The Premier Super Cinema was taken over by Provincial Cinematograph Theatres (PCT) who were themselves taken over by Gaumont British in February 1929. It was re-named Gaumont from 21st April 1952.

The Gaumont was closed by the Rank Organisation on 6th April 1963 with Stanley Baker in “Yesterday’s Enemy” and Guy Rolfe in “Stranglers of Bombay”.

It was converted into a Top Rank Bingo Club, which in recent years has been a Mecca Bingo Club. This was closed in January 2005 and there are plans for demolition and re-development for a supermarket. However, because it was a remarkable example of an early ‘super’ cinema, virtually unaltered, there was talk of applying for a Listed status to be placed on the building.

Sadly this was not to be and the cinema was demolished in March 2009.

Looking for any information about Syd Garuen, who managed this theatre in 1918. Anything would be appreciated by author writing about a Canadian soldier who knew him. Please e-mail .ca