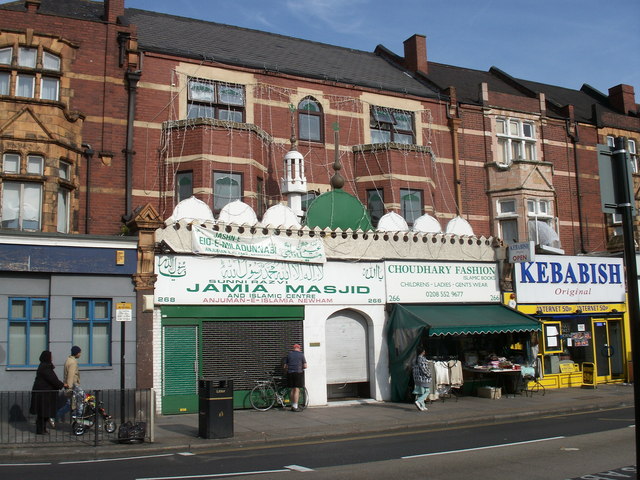 Located a little to the north of the main shopping centre in the east London district of East Ham, towards Manor Park. The Picture Coliseum opened in 1912 and was designed by architect Frederick H. Buen. The entrance was though a former shop in an existing parade of shops, with flats above. The auditorium was built at the rear and can be seen from around the corner in the nearby Kensington Avenue.

A straight organ was installed in 1913, to accompany the silent films. In 1937 it was operated by Sir John Bethel, who also operated the Academy Cinema in the centre of East Ham.

The Coliseum Cinema went through several changes of ownership during its existence, and it was closed in 1943, possibly due to conditions during World War II, and also from competition from the larger and better cinemas in East Ham.

The building lay empty and stood derelict for many years. In the 1990’s it was re-furbished and converted into a Mosque known as Sunni Razvi Jamia Masjid & Islamic Centre, catering for the large Asian community who now live in the area.