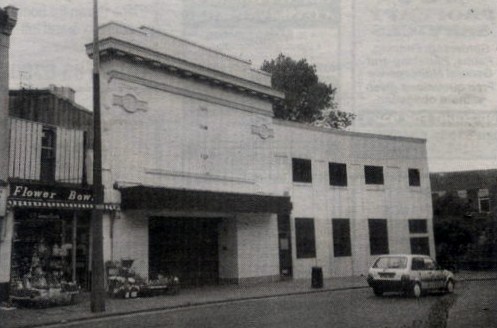 The Regent Theatre was built for and operated by Provincial Cinematograph Theatres(PCT) with their subsidiary Associated Provincial Picture Houses (APPT). It opened on 3rd September 1928 with Ronald Colman in “The Magic Flame”.

Seating was provided in a ‘fan-shaped’ auditorium and was of a stadium style with no overhanging balcony. It was equipped with a Wurlitzer 2Manual/6Rank theatre organ which was opened by John Howlett. From February 1929 PCT were taken over by Gaumont British Cinemas. The first talkie to be screen in Dudley was at the Regent Theatre on August 12, 1929, Al Jolson in “The Singing Fool” was screened. The Regent Theatre retained its original name until 6th March 1950 when it became the Gaumont.

It was closed by the Rank Organisation on 16th July 1961 with the double bill programme “Man of the West” starring Gary Cooper and John Bentley in “Submarine Seahawk”. Eight days later it re-opened as a Top Rank Bingo Club. Concerts were still given on the Wurltzer organ for several years, the last being on 23rd February 1969. After that the instrument fell into disrepair and was eventually removed from the building. Since March 1981 it has been installed and played at Peterborough Technical College, Peterborough, Northamptonshire.

The Gaumont remained a Bingo Club for many years finally closing in around 1996. It lay empty and un-used until November 2003 when it was converted into a banqueting suite and conference centre known as The Venue. Much of the original décor was restored and retained.

Vintage photographs of the Regent Theatre/Gaumont as a Top Rank Bingo Club, and the Wurlitzer organ console:
http://www.ukwurlitzer.co.cc/1915.html