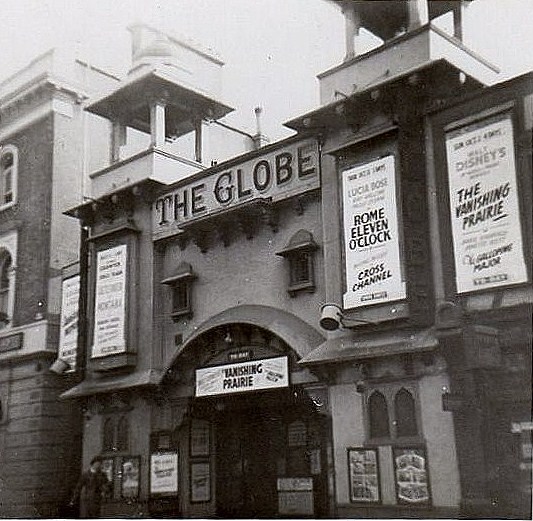 Located in the southwest London district of Putney. Listed as operating as the Putney Electric Cinema from around 1910, the operators were Putney Electric Palace Ltd. From 1929 it had been re-named the Globe Kinema and remained an independently owned cinema, the operator was now R.T. Davies.

Mr Davies closed the Globe Kinema on 21st September 1968 with the Japanese film “Seven Samurai”. It was purchased by the Compton Cinemas Group and was re-furbished, re-opening as the CineCenta Cinema on 20th February 1969 screening art house films. Later that year from 23rd October 1969 it was re-named Cine Club 24 and began screening uncensored films where membership was required to gain admission. The first of these to be screened was the Swedish film “As the Naked Wind From the Sea”.

It returned to regular Art House programming and the name reverted back to CineCenta Cinema from 26th December 1971. It closed on 24th December 1976 with Timothy Bottoms in “The Last Picture Show”.

The old Globe Kinema was soon demolished, but the site remained vacant for many years.