Previous Names: Screen on the Hill 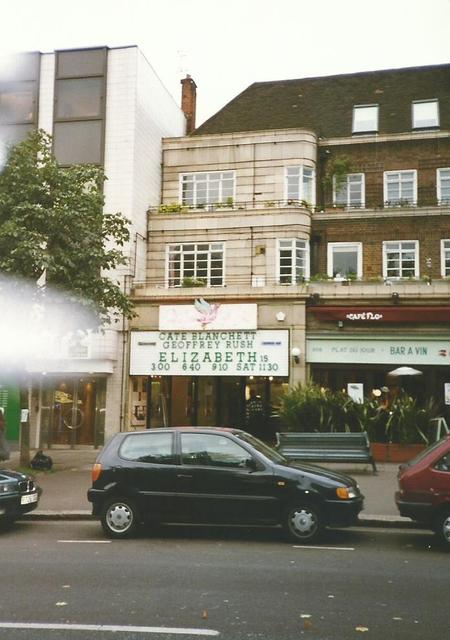 The Screen on the Hill was built on part of the site of the former Odeon Haverstock Hill in the Belsize Park area of Hampstead, northwest London. (It has its own page on Cinema Treasures). The entrance is set into one unit of the parade of shops that was built as part of the original Odeon and still has the distinctive cream faiance tiles from that building.

It opened on 9th November 1977 with Keith Carradine in “Welcome to LA” and was a project of Romain Hart of Mainline Pictures (later known as the Independent chain Screen Cinemas).

Seating was provided for 339 on one level and was both comfortable and spacious. It soon gained popularity in this up-market area for screening high quality and specialist films.

The cinema was given a face lift in October 1995 and yet another one in 2005 which decreased its capacity to 254 by installing larger seats and more spacing. It continues as a popular art house cinema today, taken over in 2008 by Everyman Media Group, it was renovated and re-opened as the Everyman Belsize Park. By 2019 the seating capacity had again been reduced due to the installation of 16 leather recliners and 113 leather armchairs, giving a total of 129 seats. The cinema is equipped to play Sony 4K digital, 3D, Satelite, DVD & Blu-ray.

Is that the actual original entrance to the Odeon?

Ian; The original Odeon Haverstock Hill had a central entrance flanked by a parade of shops and flats on each side. These were retained when the Odeon was demolished. The original centrally located entrance to the Odeon was also demolished and a new entrance was built which forms the entrance to the supermarket built on the auditorium plot. The current Screen on the Hill uses one of the original Odeon Parade shop units as its entrance, hence the familiar creme faiance tiles, which Odeon were noted for.

Cheers Ken, its been a number of years since i went to this Screen.

A vintage photograph of the Odeon and Odeon Parade, with a current 2009 view, showing the Everyman Belsize Park:
http://www.flickr.com/photos/tetramesh/3308245411/