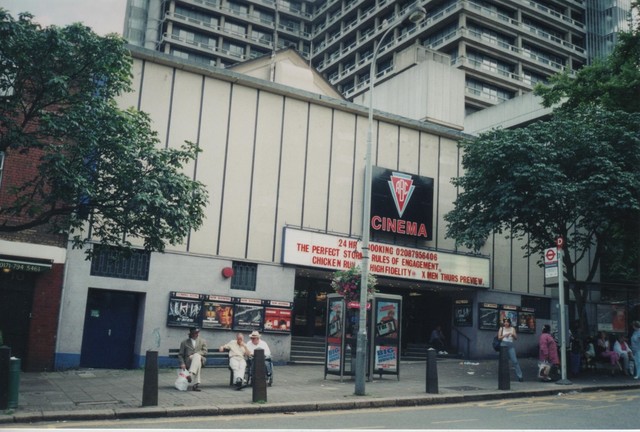 The Hampstead Picture Playhouse opened on 4th August 1914 with "The Spectre of the Sea". It was located on Pond Street at South End Road and Fleet Road, opposite the tram terminus and the North London Railway station of Hampstead Heath. Seating was provided for 1,500 in stalls and circle levels, and there were twin seat settee sofa seats in the circle.

Like all cinemas in the UK, the Hampstead Picture Playhouse was closed in 1939 at the outbreak of World War II, and like most others, it reopened after a couple of weeks. However, it was closed in 1940 stayed shuttered until after the war had ended, it re-opened under new management in 1946 as the Hampstead Playhouse. It was taken over by the Classic Cinemas chain in 1965 and was re-named Classic Cinema from 7th February 1965.

Modernisation was carried out in 1968, which covered the decorative facade with tin sheeting. In May 1978, it was converted into a triple screen operation, with 265 seats in screen 1, 190 seats in screen 2 and 188 seats in screen 3. Taken over by the Cannon Group in 1985, it was re-named Cannon.

A fire badly damaged the auditorium in early-1986, and it re-opened in July 1986, with screen 1 now having 476 seats. In 1991 it became the MGM and in 1995 Virgin took control, but this cinema was never re-named Virgin. Instead it was sold on to a management buy-out company that had been reformed as ABC, and it was re-named ABC.

The ABC was closed on 16th November 2000 with “Pitch Black”, “Billy Elliot” and “What Lies Beneath”. After laying empty for a while it suffered great damage when illegal raves were held in the building and squatters moved in. There was talk of it becoming a community theatre, but these hopes were dashed when the Royal Free Hospital next door purchased the building. It was demolished in February/March 2003, and nurses/doctors acommodation and a branch of Marks & Spencer’s store now sits on the site.