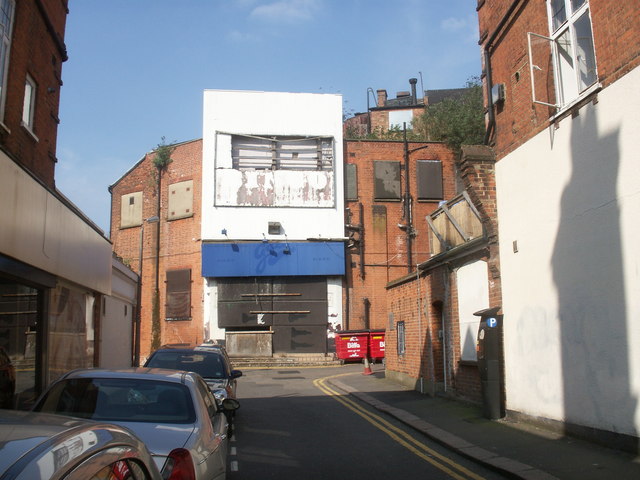 The Rialto Cinema opened on 8th November 1920 (architect unknown) and was a project of Denman (London) Cinemas which were merged with Gaumont Theatres. However the Rialto was leased to Sydney Bernstein from May 1925 and improvements were made to the building by architect Cecil Masey and interior designer Theodore Komisarjevsky.

There were two entrances, the main one in Burleigh Way (a very narrow street off Church Street) served the balcony and best seats in the rear stalls. An ornate entrance facing the Market Place gave entry to the cheaper seats in the front stalls. Seating was provided for 939 in the stalls and 355 in the balcony. Initially the Rialto was equipped with a ‘straight’ Jones 2Manual organ. This was replaced by a Christie 2Manual/7Rank theatre organ in 1927 opened by Francis Soames. In 1935 this was re-built into a Christie 3Manual/9Rank theatre organ which was opened by Harold Ramsey.

It was fully acquired by Sydney Bernstein’s Granada Theatre’s Ltd chain in April 1965 and was re-named Granada from 21st July 1967. The Granada closed on 17th July 1971 with Burt Lancaster in “Valdez Is Coming” and Michael Crawford in “The Jokers”.

The building was converted into a Granada Bingo Club, in later years being operated by Gala Bingo. It closed as a Gala Bingo Club in 1997 and the building remained closed, shuttered and deteriorating until December 2010, when it was demolished.

Sadly this cinema has just been demolished (December 2010) for housing and shops. The last of Enfield’s cinemas now gone..