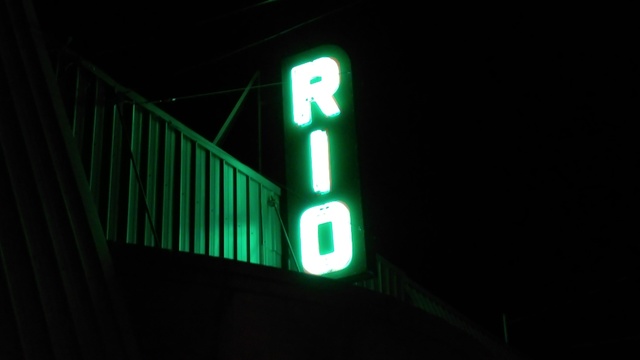 This is another one of Oregon’s small town movie theatres. Located on the top floor of the Rice Building (built in 1915), with a bowling alley in the basement. The Myrtle Theatre was opened by 1931. It was damaged in a fire in 1945. It never reopened and became Western Auto. It later stood vacant for many years. The building still stands in 2019.

A Facebook user named Sarah mentions having seen “Roger Rabbit” at the Rio Theatre in 1988, so it was still open at least that late. I’ve found Myrtle Creek mentioned in Boxoffice only twice, both times in items from 1954 dealing with the Tri-City Drive-In, then operating south of the town.

Looks like it was closed in the 1986 photos if that is when they were taken,maybe they reopened for a while.

Anyone have any pictures of what the inside used to look like back when it was open?