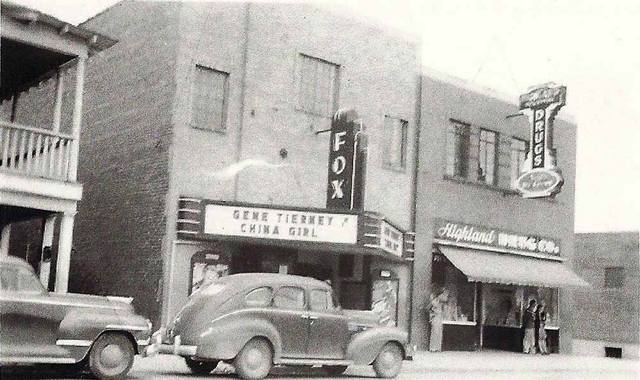 Located in the Highland neighborhood of Kingsport. The Fox Theatre was opened August 22, 1940 with Dennis O'Keefe in Alias the Deacon". It was closed in 1955. The vertical sign was still intact until 1963, and the marquee was still there into the 1970’s.

In 1965, work began to convert the building into a fast food counter for the new high school being built nearby. However, the school system then decreed students would not be allowed to leave for lunch, so renovation in the building was halted. A barber set up his shop in the lobby.

It was converted into a country music recording studio, which operated into the early-1990’s.

The August 21, 1940, issue of The Kingsport Times said that the new Fox Theatre would open the following night.