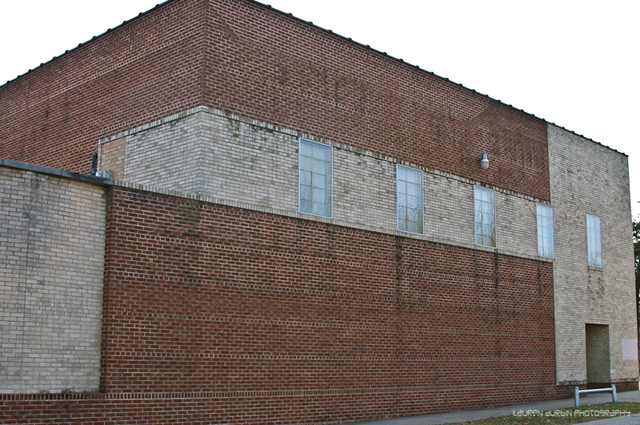 Built for Griffith Theatres, the May Theatre was opened on May 15, 1946 with Dennis Morgan in “Two Guys From Milwaukee” & Robert Lowery in “God’s Country”. It was located on N. May Avenue just east of NW 14th Street. Seating was provided for 950, all on a single floor.

The May Theatre closed in 1989. It became a Spanish church, but they had vacated the building by 2018.

This site has vintage interior/exterior photos of the May Theatre. Modern shots show a now rundown May residing in a very run down neighborhood,
http://www.roadsideoklahoma.com/node/527

The Boxoffice magazine story from December 6, 1947:

Just for the record, the May theatre had been purchased by George Shanbour (former owner, Tower theatre, and Winchester DI).

The twinning and rehabbing of the theatre was completed by George Onyschczak, who was the projectionist at the Winchester until his death. The current projectionist as of 2012, is Jon Johns, George’s son.

I saw THE WARRIORS there in ‘79 in its run-down heyday.

saw the Graduate there

Every Saturday in the mid sixties, they would have horror movies and science fiction movies. All theaters in town would run these movies and it was a challange to see who’s mom would take us and who’s mom would pick up. I remember seeing “Macabra” I think it was a Castle film, at the May and being so scared I was watching it from behind the curtains separating the lobby from the theatre. I felt better after purchasing a grape “Winner” sucker and finding the winner sticker stuck to the backside of the sucker affording me a free sucker!

I saw the French Sci-Fi film Fantastic Planet here in 1973. Such a surreal movie – totally bizarre it even had a run in OKC.

This opened on May 15th, 1946. Grand opening ad in the photo section and below.

It’s now a vacated Spanish church. I used to see the Rocky Horror Picture Show on Saturday at midnight during the late 70’s. People used to dress up and act out the film.