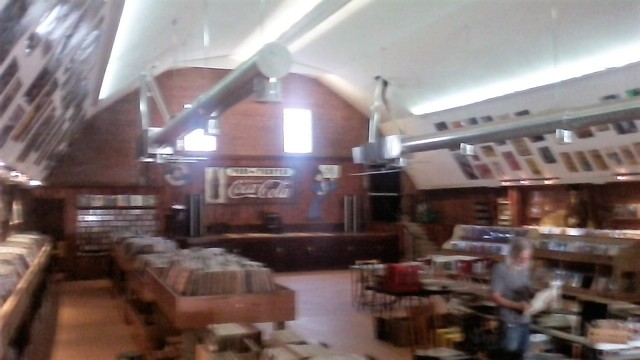 My mother worked as a maid for a Scots household near the Penn Theatre. She reminisced about the times when she would take her young ward to the Penn which frequently showed Scottish films. These pictures were quite popular since this theatre was in a Presbyterian neighborhood.

If memory serves correctly, I recall that the Trend experienced a slow death. This tidy little theatre ceased regular seven day week presentations in the mid 1980’s, then opened only for weekend showings. After that it became a sporadic open and closed operation until shutting down completely in the early 1990’s.

Is this the old boarded up theater next to the Chinese restaurant
near Ten-Penn? The photo link above is broken.

If you look at the photo on Google maps, the theater is the white building next to the Flores thrift shop. I don’t know if that helps you out or not.

Thank you Ken. Yes, I thought so.
Wish I had been old enough to see movies
there growing up.

The theater, restaurant, and surrounding buildings are now junk stores. Here are some photos I took of the theater on 11/6/09:

Looking toward projection booth and front of theater:
View link

Recent pictures of the stripped down Penn (AKA-Trend) Theatre can be seen here,
http://www.roadsideoklahoma.com/node/513

The Penn was ‘closed’ on Saturday, June 22, 1963, with Disney’s MIRACLE OF THE WHITE STALLIONS and a 1961 Italian peplum, THE CONQUEROR. The following day, an small block-ad stated, “Temporarily CLOSED for Remodeling/WATCH FOR GRAND OPENING.” The Penn’s ads then disappeared.

On Wednesday, August 21, 1963—with no further reference to the Penn except the address—a small ad appeared for the Trend with its new typeface and slogan (“Films of Distinction”) and announcing its first marquee, Pietro Germi’s DIVORCE ITALIAN STYLE on the 28th (subsequent days until the 27th carried an identical ad, then a larger ad explaining the Trend’s art/foreign film policy). Re-opened as announced on Wednesday evening, August 28, 1963 (the local temperature was 102 degrees). By early 1971 they were showing conventional features such as MAS*H and PATTON (I hope to soon confirm the actual closing date, as the Trend didn’t advertise every day near the end.). After its closing, the Tower Theater and the nearby Oklahoma City University attempted foreign-film series. [Daily Oklahoman]

Now the Trolley Stop Record Shop, photos and rotating videos of the latest interior can be found online. But have posted one photo just to confirm on CT the current interior of the former Penn Theater.