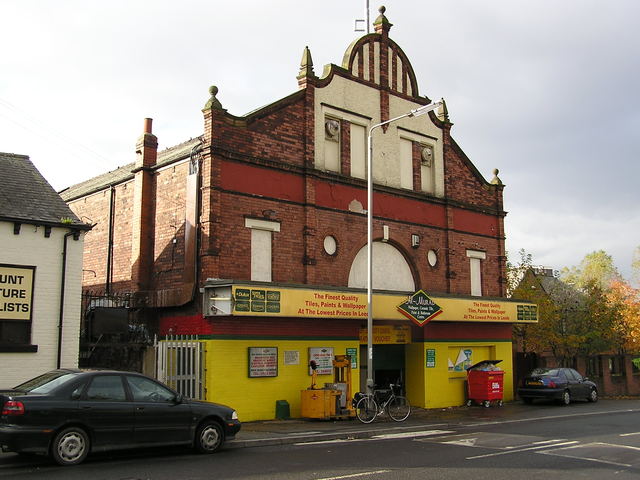 Opened on 1st May 1916 and designed by Leeds architect Fred Mitchell, the Regent Picture House seated 1,076 divided between stalls and circle.

By 1943 it was owned by Leeds and District Picture Houses, seated 866 and was operated under the two-changes-weekly system.

It served as a cinema for 55 years until closing 29th May 1971 with Yul Brynner in “The Bounty Hunters” and was converted into a bingo hall. This removed the screen and a false ceiling was inserted but the relatively plain walls, divided by pilasters, remained, as did the flat fronted balcony of approximately ten rows.

Later still bingo ceased and the building is now a tile emporium, however very little has been altered inside - tile displays being arranged along every other step in the balcony.