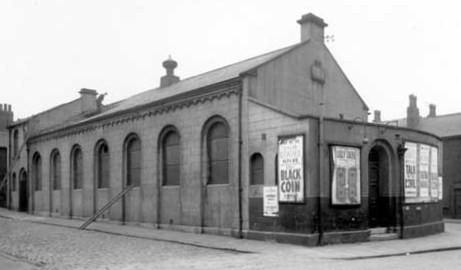 Located on York Road in the Kirkstall district to the east of Leeds. The Miners Institute was possibly built in the late-1800’s. It was designed by architects Garside & Pennington of Pontefract and Castleford.

It was granted a Cinematograph Licence on 18th July 1910, although it is though the building had some cinema use prior to this date.

On 19th February 1932, it was re-named Cosy Cinema. The Cosy Cinema was closed on 2nd April 1938 with Conrad Veidt & Vivian Leigh in “Dark Journey”. The building has since been demolished.