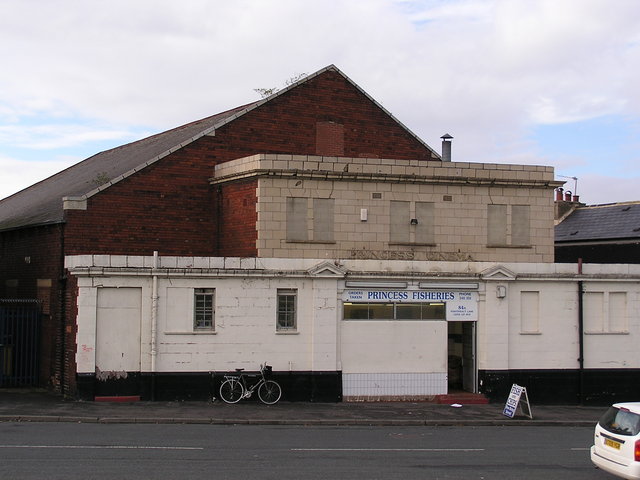 The Princess Cinema opened on 30th March 1923. It was built for Messrs. A. Cohen and Cardis who employed local Leeds based architect; J.P. Crawford to design the building.

Always independently operated, it served the community well and finally closed on 31st July 1965 with Elvis Presley in "Roustabout". Children’s matinee performances continued until the 14th September 1965, after which the building was converted into a full-time bingo club that operated for many years.

Today the premises are in use as a fish and chip shop & restaurant named Princess Fisheries.

Is the whole building in use? Seems a little large for a fish and chip shop.