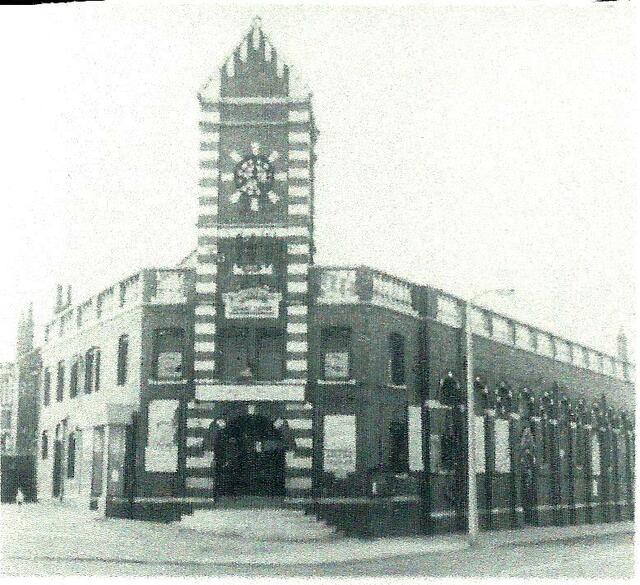 In the Hillcrest district of Leeds, the Hillcrest Picture Lounge opened on Friday 31st December 1920 with “The Woman Thou Gavest Me”, starring Jack Holt. Seating 1,131, the proprietor was Allen Nield, who already owned the Malvern Picture Palace in the Beeston Hill district (see separate Cinema Treasures entry).

The fairly basic two storey building was enlivened by a tall tower, with clock, over the entrance, which took full advantage of its position at the junction of Harehills Lane and Lupton Road.

Shows were twice nightly, at 6.45pm and 8.45pm, and included musical programmes presented by an orchestra under the direction of Bensley Ghent. There was also a café, where advance bookings could be made.

By 1953, according to the Kinematograph Year Book, the proprietor was Hillcrest Picture Lounge Ltd., and the seating capacity had been reduced slightly to 1,101.

The building was subsequently demolished. By 2020 an office block, home to the Driver and Vehicle Standards Agency, and appropriately called Hillcrest House, stands on the site.