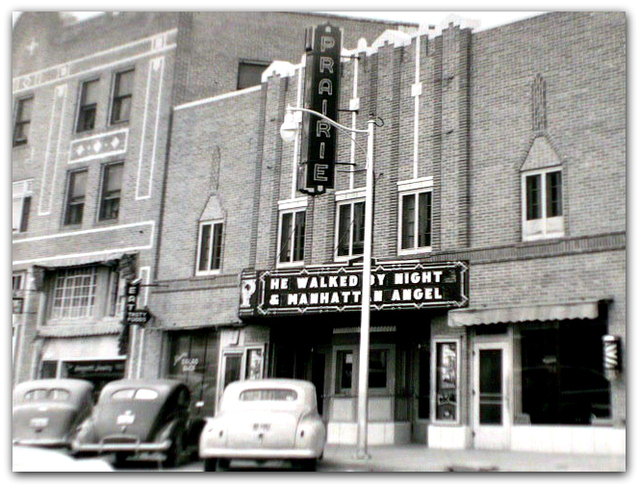 Ogallala, (UPI)-A fire swept through the Dutchess Hotel in downtown Ogallala early Monday forcing the evacuation of an estimated 30 persons and leaving two hospitalized from smoke inhalation. The three-alarm blaze raged out of control for more than five hours as an estimated 60 firefighters from Ogallala, Brule and Grant waited until daybreak to enter the burning four-story structure. Firemen poured gallons of water onto the burning corner building and prevented the blaze from spreading significantly to two businesses to the north, the Prairie movie theater and Vivian’s Fashionette.
Authorities said the fire broke out in the hotel basement in the furnace area about 3 a.m.

Firemen, who entered the structure at daybreak, said three floors on the north side of the hotel, in addition to the north half of the roof, collapsed as smoke and flames continued to billow from the building. Firemen were standing on the roof of the movie theater in 15-degree temperatures spraying water on the hotel. The hotel building housed the Continental Trailways bus depot, a hobby shop in the basement, the Merle Norman cosmetic studio and Crook’s Shoe Service.

From 2010 a photo of the PrairieTheater in Ogallala.

From the late 1940s a photo postcard view of the Prairie Theater in Ogallala.

From the listings on the website and the pictures on the marquee, this theater seems to be a twin screen.

I’m pretty sure it is a twin, trolleyguy. See the Boxoffoce Magazine article o posted about its twinning in the photos section.

It was also part of the Evergreen Theatres chain and this should be added to the list of past operators.

Here is an item about the opening of the Prairie Theatre from the January 17, 1936, issue of The Film Daily:

“Ogallala, Neb. — The newest theater property in the state, the Prairie here, opened this week and represents the biggest building project of its kind in two years in this area. Owned by A. F. Kehr & Son, it cost $85,000 and seats 552. Kehr will operate the house. He still operates the Princess.”A thumbnail biography of A. F. Kehr published in 1940 said that he entered the movie theater business in Ogallala in 1912. In 1940 he was still operating two theaters there. Presumably the second house was still the Princess, which dated back to at least as early as 1920.

I started working at the Prairie Theater in the spring of 1979, and in March of 1980 I became the manager. At that time, it was a single screen using carbon arc lamphouses and two projectors doing ‘changeovers’ between reels of film. The theater still had a functioning curtain over the screen that opened as the show would begin, but overall the theater was in poor condition. The Prairie also had a stage, along with footlights at the base of the stage that were used at sometime in the past – perhaps for live performances. I am told that High School commencement ceremonies were held at the Prairie in the past, but I don’t know of any live stage performances.

In the Spring of 1979, Evergreen Theaters was the management company that operated it, and Evergreen Theaters twinned it over the Summer months, converting the balcony space to a projection booth and installing platter automation systems and xenon lamphouses. Evergreen also installed all new seats in the auditoriums.

By the Autumn of 1979, the Prairie was being operated by a Kansas based company called Mid America Theaters with Home Offices in Sharon Springs, Kansas, and later the parent company moved to Hays, Kansas. In the spring of 1983, a company named Mountain West Theaters based out of Wyoming took over the lease and operations.

Around 1984, the building was purchased by the general managers at the time, and the building left the Kehr family. It was locally owned and operated as the Prairie Theater from around 1984 to about 1988. The Prairie closed sometime in the late ‘80’s for about 4 years.

In the early ‘90’s, local residents Robert (Bob) and Ginger Downing purchased the Prairie, and after extensive remodeling (moving the concession stand, new HVAC systems, carpets, redesigning the lobby, and eventually new theater seats) the Prairie reopened. The Downing family operated the Prairie until the late '90’s, and as far as I know it is currently owned and operated by Andy and Lisa Byers, local residents of Ogallala. All 3 of the previous and current local owners of this property deserve credit for keeping this theater open in this small town in western Nebraska.

A side note to add here. A.F. Kehr also owned the older Princess Theater that was located about a block and a half to the south on the south east corner of Highway 30 and South Spruce street, when the Prairie opened (currently the USave Pharmacy location, previously known as Buenz Drug). In the 50’s, Kehr also built and operated the West 5th Drive In Theater on West 5th Street, which was outside of the city limits when it was operating. The projectors from The Princess were moved to the West 5th Drive in during the Summer months when the drive in was open, and then back to The Princess when the weather turned cold. The West 5th closed around ‘84, never reopened, it was eventually demolished, and the land was sold.

Somewhere, I have some photos from the early ‘80’s of the Prairie Theater when we were showing E.T. – The Extra Terrestrial, along with Rocky III before the Box Office opened that evening. The line outside went half way around the block and we sold out both shows quickly that night! Good Times! If I come across those pictures I will try to scan them and post them to this site.

Opening film January 13, 1936, was Warner Baxter in “King of Burlesque” supported by the Disney Silly Symphony cartoon, “The Cookie Carnival.”