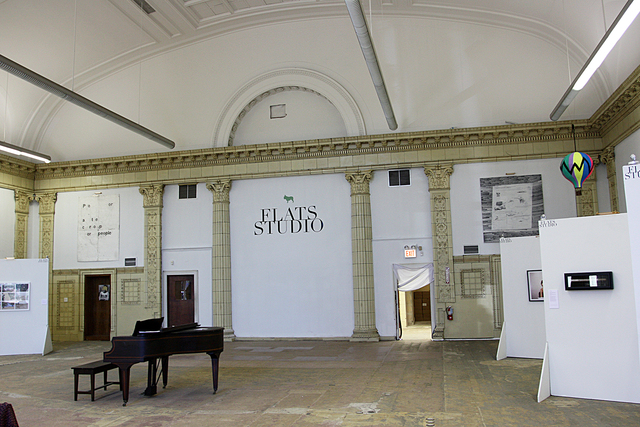 The Wilson Avenue Theater opened July 19, 1909 as one of the first large venues in the Uptown neighborhood, showing two vaudeville performances nightly. It was designed by Henry L. Ottenheimer and built at a cost of $50,000 for the Jones, Linick, Shaefer circuit. The theater seated 600 on the main floor and 300 in the balcony. The interior was described as pretty, and in buff and gold, with a mural over the proscenium, while the opening night show was not such a pretty sight.

Acts from the American Music Hall in the Loop frequently performed there. In 1919 it was converted to a bank, Fidelity Bank. Later it was the Uptown State Bank, Federal Trust and Savings Bank, and then the Bank of Chicago. It was last named TCF Bank, with a mural on one side visible from the El and a trompe l'eoil mural on the other. The interior still looks like a cross between a theater and a bank.

In November 2018 plans were announced to convert the building into a live music venue Double Door, which has a 2022 planned opening.

Just posting this because it has the former Wilson Avenue Theater in an artist’s rendering of the proposed building next door. But the project seems to be borrowing the theater’s address.

New project coming to the West of the Wilson Theatre.

pdf of the project next door with elevation images etc.

Posting because Wilson Avenue Theatre building is pictured next door.