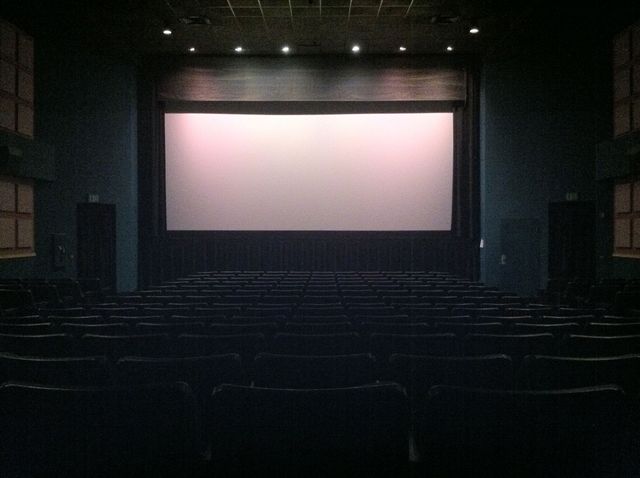 The Village Hillcrest shopping complex is on Fifth Avenue between University Avenue and Washington Street, and is surrounded by many fine restaurants offering international cuisine.

In his 6-15-06 column, longtime SD Reader movie reviewer Duncan Shepherd wrote, “The home of ‘alternative’ cinema, the Landmark chain in our little neck of the woods is still open to the period piece, the literary adaptation, the digital documentary, the Holocaust remembrance, the coming-of-age tale, anything gay-themed…” High praise, and richly deserved, especially in this large, but extremely culture-deprived city.

My late son Greg (only 23 when he passed last year from a rare bone cancer) often invited me to press screenings at the Hillcrest Cinemas. I never questioned whether he was in need of a ride or if he really thought I’d like the film in question. Inevitably, it was the latter, and I’m indebted to him for rekindling my love of excellence in foreign films. Because of him, I was exposed to and thoroughly enjoyed “Monsieur Ibrahim,” “Les Choristes,” “No One Knows” and so many, many more. (The only dud I ever saw with him was the domestically made “Lost Skeleton of Cadavra,” and that was no reflection whatsoever on Chris, the bookers at the Hillcrest, Solomon & Friedman, or anyone else involved, except perhaps the filmmakers themselves. Back to Film School 101 at SDSU and Remedial Comedy for all you guys…)

Through Greg, I was also fortunate to meet theater manager Chris Principio, who has done a yeoman job for the Landmark chain, reviewers Beth Accommando, Diana Saenger, Scott Marks, Kyle Counts (who, sadly, also passed away in ‘05) and a host of others. My son ran with some really good company in the S.D. Film Critics’ Society.

Within the past few months, I’ve been pleased to see three worthwhile movies here, all of which branched out later to more mainstream theaters after seeing their respective successes at Hillcrest: “Good Night and Good Luck” (Clooney’s excellent tribute to the late reporter, Edward R. Murrow), “Neil Young: Heart of Gold” and “An Inconvenient Truth.” Four stars for each!

Earlier in this post, I took a swipe at this town, justly deserved. But if you should happen to visit at some point in the future, consider taking in a movie at the Hillcrest Cinemas just as you might go to Radio City Music Hall in NYC or a classy emporium in any other city of your choosing. This venue is theater-goer friendly and kept meticulously clean and comfortable. Hopefully, it will be around for you and for us locals for many years still to come.

Felt right back at home, LM, though I’m back in B'klyn for a long while. Thx for posting this pic!

Built in 1991 and operated by Landmark ever since.

Anyone got a breakdown of number of seats in each auditorium?