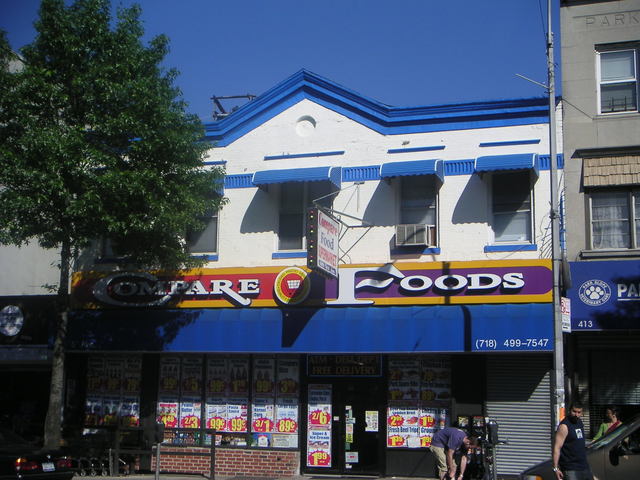 The Eden Theatre was closed in 1937 after being declared bankrupt, and today operates as a supermarket.

Finally ! I KNEW this theater existed ! I had its address in a Brooklyn newspaper clipping from the ‘80s. I live in that neighborhood and pass that superette all the time. Now if someone could confirm the Minerva on Seventh & 14th in The Slope ! The building is still there as a new apartment complex with a dumb top floor added, and the entrance on 14th.

I enjoy your photo’s kenroe. Are you a professional photographer?

No mike, just an amateur theatre enthusiast who goes around cities of the world, photographing the buildings and researching their history. Glad to hear you enjoy looking at my ‘work’.

Lost Memory;I have submitted the Minerva Theatre. I have many more theatres in NYC to add, but first I want to catch up on posting photographs I took of theatre’s already listed, particulary those which currently have no image posted up.

I’m out here, fellas, reading all your great updates on my neighborhood. You guys are TERRIFIC ! If ya wanna cry, check out the apartment tower that’s going up right behind the site of the 16th Street Theater below Fifth Avenue. At least someone’s LIVING INSIDE the old Globe on 15th above Fifth !!!

Ken, will you be adding your wonderful collection of photos to the site?

KenRoe, I appreciate all your contributions to Cinema Treasures.