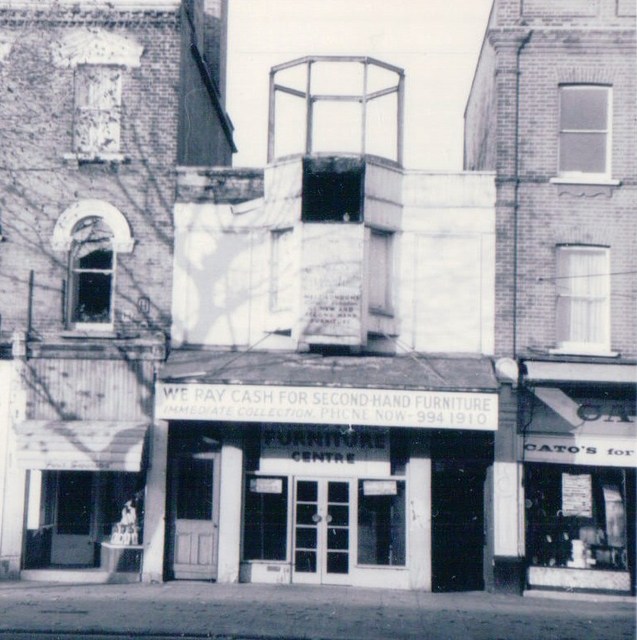 Located in the west London district of Chiswick. Originally built in 1887 as the Chiswick Hall (in use as a ballroom and function room) it was converted into the Royal Cinema Electric Theatre and opened in May 1912. It had several operators during its life as a cinema(in 1914 operated by W.B. Slope as the Cinema Royal), which lasted until 1933/1934 when it was closed.

By 1939 it was in use as a furniture store known as Chiswick Furniture Galleries. Since around 1986 it has been an antique shop known as ‘The Old Cinema’ (London’s only antiques department store) and in 1999 the interior was restored, where there are still many decorative features to be seen from its cinematic days.