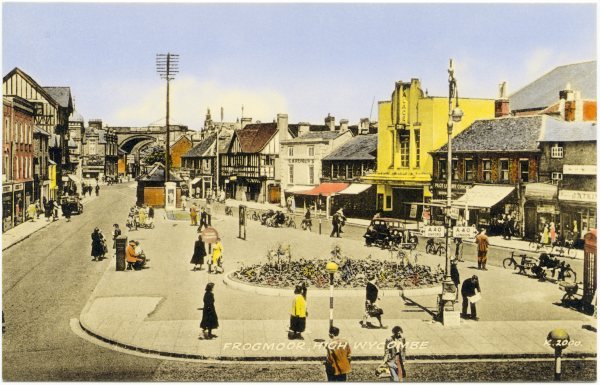 The Palace Cinema was the biggest in High Wycombe, in comparison to the Odeon (former Majestic Cinema) Castle Street, which it continually competed against throughout its life. Opened to the designs of architect Gilbert W. Booth on 2nd December 1922, the cinema had a mock Tudor style facade, and a wood panelled foyer. The auditorium had a Renaissance style, which was designed by noted interior designers De Jong & Co. Seating was provided for 1,226 with 930 in the stalls and 296 in the circle.

In 1938, the Palace Cinema was enlarged to 1,650 seats, and was given an Art Deco style modernisation. The cinema had a 40 feet wide proscenium, and there was a cafe and a dance hall for the convenience of its patrons.

The Palace Cinema was closed suddenly on 21st September 1983 with “Psycho II, with would-be patrons turning up in the following days to see the building shuttered, rather than open and showing the advertised film "Staying Alive”. Like the Chiltern Cinema/Theatre in Beaconsfield, its death was a result of the construction of the CIC Wycombe Six (now Empire Cinema).

After demolition, a new shopping centre replaced the cinema, called the Chilterns. It was across the Frogmoor Square from the KFC.