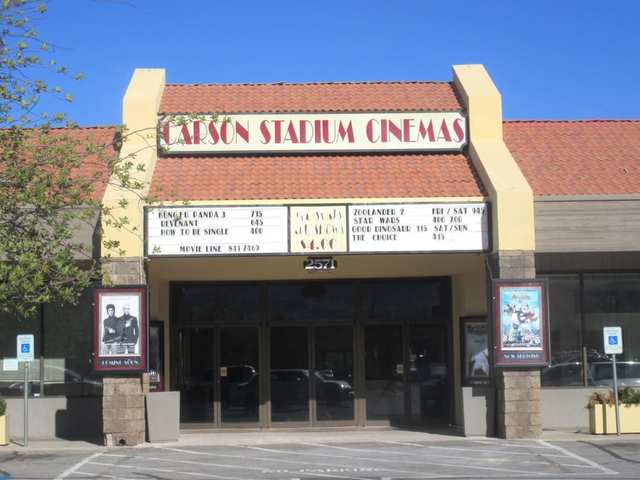 This theatre is now owned by Hollywood Theatres. The theatres include stadium-style seating

According to this article, this theater closed in 2008 and will be reopened by Bloomhuff Theaters in late July of 2010 as a discount house with four screens instead of the former ten as the Stadium Floor Cinemas: View link. The article gives the address, though, as 2571 N. Carson St. (I am wondering though if the writer misheard the name of the reopened theater; I am guessing that it is probably actually going to be called the Stadium Four Cinemas; Stadium Floor Cinemas seems to be rather odd name for for a theater that appears to be part of a strip mall).

Was this originally the Movies 4? ACT III acquired a “Movies 4” in Carson City in 1990.

While Wallace operated it, it was the Movies 10, but I can imagine they added on.

Also, seeing that Scott Wallace (once CEO of ACT III) ended up running the theatre in his own company, it seems likely.