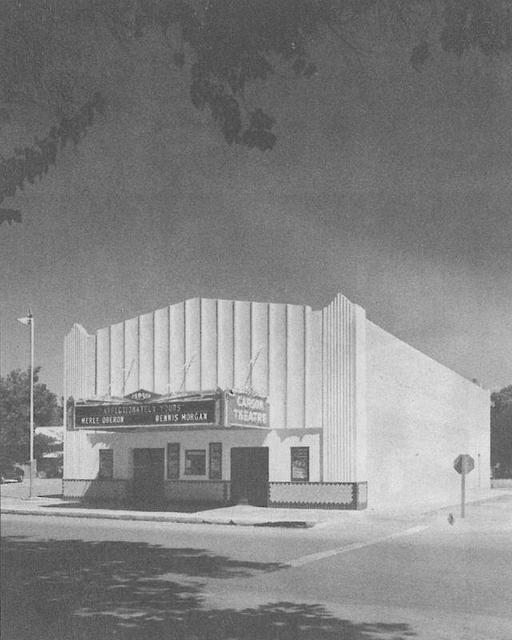 The Carson Theatre opened in 1933, an Art Deco rebuilding of the former men-only, members-only Old Sagebrush Club, which had operated in this building from at least the turn of the 20th century. In the early-1940’s it was taken over by the Harris-Voeller Theatres chain. The Carson Theatre operated as a movie house until the 1960’s, when the building was converted to retail use. Today, the former theater houses a coin shop.