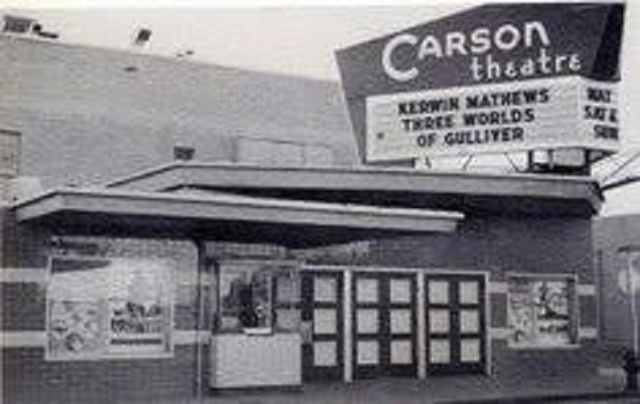 Located on the southwest corner of W. Washington Street and N. Carson Street. This was the second movie theatre in Carson City to bear the name ‘Carson’.

This Carson Theatre was built and opened in 1954. It was equipped to screen CinemaScope movies on its 42 feet wide screen. Seating was provided for 584 on the main orchestra floor, 64 seats in a small loge section and 15 seats in the cry room, adjacent to the projection box.

After closing, it was converted into the Silver Spike Casino. This closed around 1985, and the building then stood unused for 15 years.

In 1999/2000 it was rehabbed into an office building named Washington Street Station, and is not recognizable as a former movie theatre.