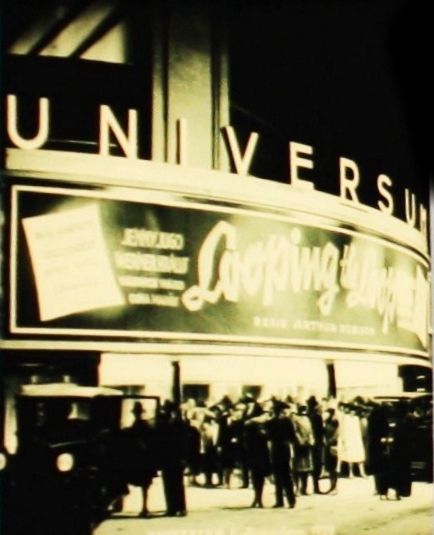 Great example of Modernist architecture, one of most notable works of architect Erich Mendelsohn, built 1927-28 as main house for the dominant Ufa chain. Sadly heavily damaged in World War II, it was rebuilt as the Capitol Kino. Saved from demolition in 1978-81, it was rebuilt internally as a theatre. While the exterior is still Mendelsohn’s dynamic curved volume, the interior has little original remaining.

The original seating capacity of the Universum Kino was 1,791 and it was equipped with a theatre organ that had its chambers located on the left-hand side of the auditorium. Full stage facilities were also provided.

In August 1937 it was re-named Luxor Palast and from 1943 it became the Halensee Palast. After the heavy war damage mentioned in the opening text above, from 1948-1973 the foyer was converted into a 282 seat Studio Kino. In 1950 the remains of Mendelsohn’s auditorium was removed and architect Hermann Fehling reconstructed a 899 seat cinema which opened as the Capitol Kino. ‘Roadshow’ movies were followed by a period as a ‘Cinerama’ theatre for several years.

The Capitol was closed in 1968 and was converted into a dance-hall which closed in 1975. From 1976, the entire building, apart from the rounded front of the entrance facade was demolished to build the Schaubuhne. It re-opened in 1981, the exterior side-walls had been rebuilt in the same style as the original, but the auditorium is now a plain box which has removable seating and stepping which allows the space to form any theatre space that is required.

In addition to the Universum Kino, there was an almost matching building across a plaza to the left which Erich Mendelsohn designed as a 2,000 seat theatre named the Kabarett Der Komiker that had a large restaurant located on the first floor. By 1943 this had been re-named Scala and after the war in 1948 it had become the British Centre being used to entertain the troops based in post-war Berlin. It later became the Garden of Eden cabaret theatre and shows such as “Hair” and “Boys in the Band” played here. Later the interior was stripped out to be converted into a bowling alley which I believe still operates today. In 1931 Mendelsohn completed his scheme of buildings on the Lehniner Platz by designing the linking buildings at the rear of the two entertainment sections. These consisted of two blocks of 300 unit apartment blocks, offices and parking spaces which can still be seen today.