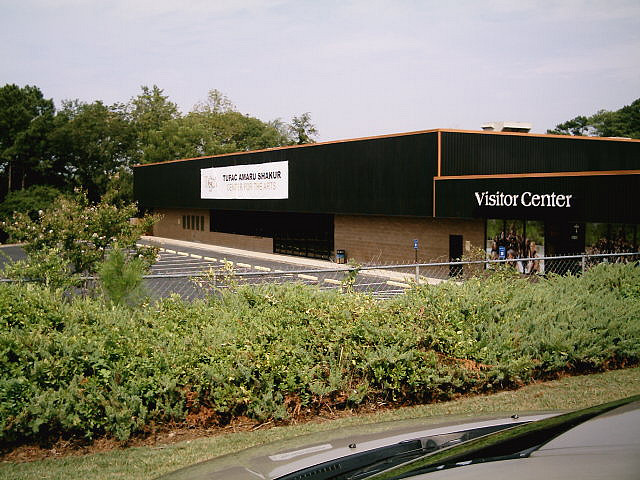 There were once 25 screens divided up over many theatres in this small town of just under 8,000. The Memorial Drive Cinema 5 was opened by Septum Cinemas on December 8, 1982. it was closed in 1996.

You have to be quick to beat Raymond to the comment section when it comes to Atlanta movie theatre history. Below is a comment I wrote on the Memorial Drive 4, but a lot of it applies to this location as well, and echos Raymonds comments about the decline of the area. The Stonemot Twin, which beat everyone else to this area by six years was the only one to enjoy any grat amount of success.

Opened by the Septum Cinemas chain in late 1982 or early 1983. This was the first attempt by competing companies to challenge the ABC (later Plitt) Stonemont Twin which had enjoyed an exclusive situation along this very heavily traveled section of Memorial Drive from I-285 to the Gwinnett County line. Later, Septum opened another 5 screen location a couple of miles down the road. Plitt countered with a 6 next door to the 5. Cineplex acquired the Plitt chain and opened another 6 just across the county line. Last, as usual, to the scene was General Cinema with an 8 at Hairston Road.

The reason for this concentration of screens was that while the town of Stone Mountain itself is very small, the surrounding area was a very fast growing and well off section of DeKalb County. None of these locations were actually in the city limits of Stone Mountain, but were in unincorporated DeKalb. By the mid 90’s this the boom days of this area were over and the Memorial Drive strip went into decline. Many of the strip shopping centers which lined the road were vacant and every one of the theatres mentioned here closed down at some point. There was a time when all of them were closed at the same time.

The Stonemont Twin, Hairston 8, and Cineplex 6 have been reopened by various independent operators, in some cases more than once. At this moment, the Cineplex is the only one operating. I do not know what happened to the two Septum’s, but the old Plitt 6 is an indoor amusement park and party room.

For a more detailed account of the glory days of this area, movie theatre wise, see the posting and comments on the Stonemont Twin page of this website.

Well said Stan! I doubt that anyone here has more info about that area or the ABC/Plitt & Georgia Theater/UA chain from that time period than Stan.

I have just a casual knowledge of the east side theaters, my only east side experience was at the Belvedere while it was an Eastern Federal property. When Cineplex left Atlanta they had almost all of these properties, none of which were turning a profit. They retained one of the Memorial Dr locations and kept it running for a month or two. Carmike had agreed to take it IF they could make it turn a profit. Of course, it didn’t… A friend of mine’s dad was a VP for Carmike and showed me the figures when Carmike took over Cineplex’s properties and they were all bleeding except Brannon Square. When you throw in O'Niel’s 16 screens at the old Avondale Mall, The Belvedere’s 2, the old closed one, the Atlantic as best I recall, plus the ones I’m forgetting, that is a bunch of screens along a major road. How far is it from Downtown to Stone Mtn? 10-12 miles?

Fun stuff. I would think I have more information about the old days than Stan though since my father and I owned Septum Cinemas.Most of the info is well researched but I take issue with one point. The Stonemont Twin was not the only theatre to have considerable success. In its day, the Memorial Drive 5 was one of the largest grossing theatres in all of Atlanta. In fact, the parking lot was always full (it was too small to begin with) and we had to hire Dekalb County police officers to cross people over Memorial Drive.

When Memorial 5 opened, the area had extremely under-built

I remember my Mom taking me to see “Tootsie” there Christmas 1982 when I was in sixth grade. “48 Hours” was playing there but I was too young. At the time, a very state-of-the-art mulitplex with an interesting layout. Unfortunately, that area got WAY overdeveloped when it came to multiplexes.

The mother of a slain rap music star wants his
legacy as an artist and actor to live on in a big way in Stone Mountain, Ga. and government leaders are hoping that legacy helps spur an economic revival of the Memorial Drive corridor. Afeni Shakur, whose son Tupac Shakur was shot and killed in Las Vegas in 1996, helped dedicate the Tupac Amaru Shakur Center for the Arts on Memorial Drive near Hambrick Road Aug, 18. The Center helped by what Ms. Shakur said was $10 million of Tupac’s money, is scheduled to include a 500-seat auditorium art gallery, museum chronicling Tupac’s career, recording and dance studios and film editing facilities when it opens in 2003, said Tre'Mayne Maxie, director of the center and a former staffer for U.S. Rep. Cynthia McKinney, of Decatur.“I know working for Ms. McKinney, they ’ve been trying to revitalize Memorial Drive for a long time,” Maxie told a crowd gathered at the center site. “We’re hoping, and we know, the arts center will be a big push for that. "This will help revitalize our community. (The Shakur family) live here. They’re really concerned,” he said. The 20,000-square foot structure formerly housed a septum five-screen movie theatre on a 3.2 acre site at 5616 Memorial Drive.