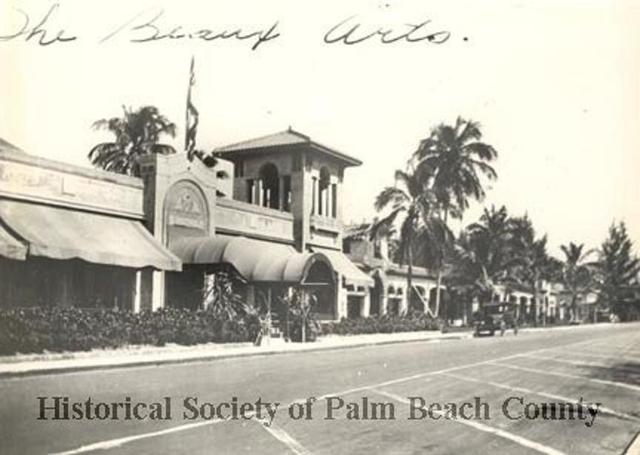 The Beaux Art was once part of both the Paramount theatre circuit.

I think all of the theatres which should show as having been in Palm Beach, are listed here as West Palm Beach. There are no theatres in Palm Beach now, sadly, but The Paramount, Colony, Park and Beau Arts were all in Palm Beach, when they existed.

It was part of a shopping complex called Beaux Arts

An article in the Palm Beach Daily News of January 10, 2011, tells of the early days of the town’s movie houses, including the Beaux Arts Theatre.

The Fashion Beaux Arts shopping center was opened by Stanley Warrick in 1916. The project was designed by architect August Geiger. The Beaux Arts Theatre was added to the second floor of the complex, and originally intended as a venue for fashion shows, but in 1917 was leased to Carl Kettler, Jr. for operation as a movie theater. Under Kettler, the house ran three shows daily, each show opening with a performance by a live orchestra. The movies were accompanied by a Wurlitzer organ.

By 1925, Stanley Warrick was operating all of the movie theaters in Palm Beach himself. Only a few years later Warrick was driven into bankruptcy by the collapse of the 1920s Florida real estate boom, and his theaters came under the control of Paramount-Publix.