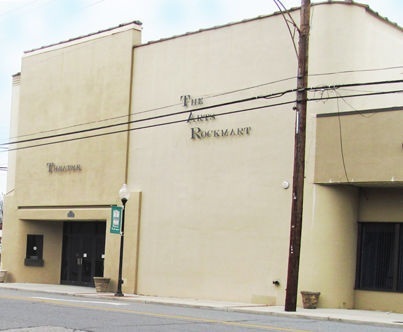 The Rockmart Theatre was opened in 1935. It was part of the Lam Amusement chain in the early-1960’s. It was remodeled in the spring of 1973.

In 2017 it operates as the Arts Center Theatre.

An article about Oscar Lam in the June 26, 1937, issue of Boxoffice Magazine mentions that he operated both the Rockmart and the Joy Theatres in Rockmart. I’ve found no mentions of a Palace Theatre in Rockmart as yet, but perhaps it became the Joy.

A mention of the Rockmart Theatre in the April 2, 1973, issue of Boxoffice says that it had been remodeled and would reopen early that month.

This theatre is now the Arts Center Theatre, located at 116 E Elm St. It is owned by the town and is used for live productions.