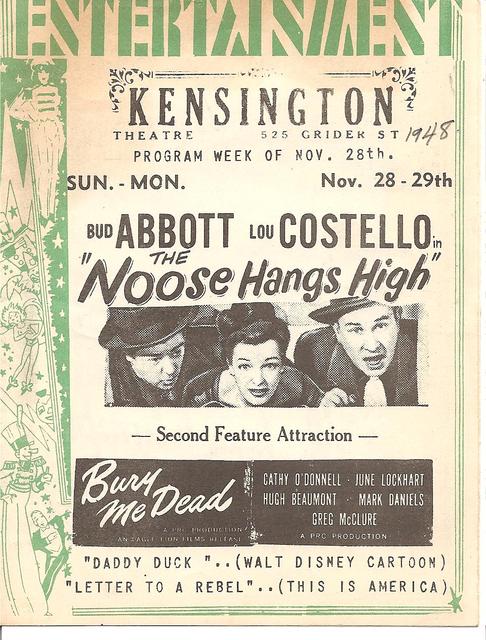 This is not to be confused with the Kensington Theatre at 3051 Bailey Avenue in Buffalo.

This theater opened in 1916, as the Kensington, later called the “Grider Kensington”, and
referred to as the “Little K” by locals. It always ran second run films, and in later years
was operated by Menno Dykstra, who often German films. It closed in 1955, later a
plumbing store, then a church.

Only within the last few months was this building torn down. At the time I write this, some of the construction equipment remains on the lot.