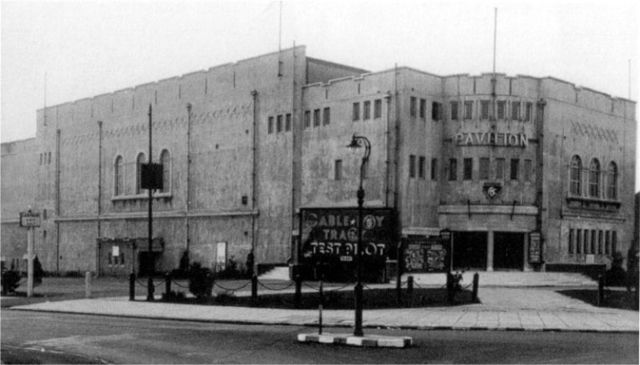 Located in a prominent position on the corner of Chester Road and Gravelly Lane, Wylde Green, a suburb in the north of Birmingham near to Sutton Coldfield. The Pavilion Cinema was billed as ‘The Wonder Cinema of the Midlands’ and was built by an independent operator, opening on 10th October 1931 with Leslie Henson in "The Sport of Kings". It was the first cinema in Birmingham to be equipped with a Christie theatre organ, this one had 3Manuals/9Ranks and was opened by organist Frank Matthew. The cinema also had a cafe for the use of its patrons and the general public.

It was taken over by Associated British Cinemas(ABC) from 11th January 1934 and they operated for the remainder of its life. It closed on 3rd September 1960 with Charlie Drake in "Sands of the Desert" and David Ladd in "Raymie".

The building was gutted internally and converted into an ABC 10 pin bowling alley, but this was not very successful. After bowling ceased the building stood empty and unused for many years until it was demolished in 1974 and housing was built on the site.