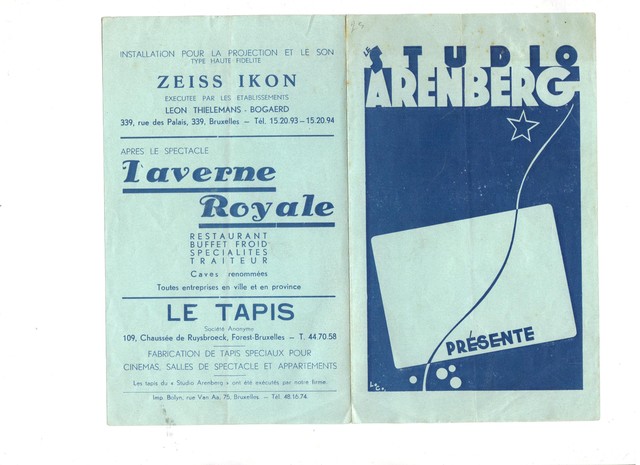 Originally built at the end of the Nineteenth Century as a cabaret bar, it later became a vaudeville theatre and then in the 1930’s a cinema named the Arenberg Studio. This closed in May 1987 and it was converted into a second-hand furniture store.

Re-opened as a single screen Nova Cinema in 1997, it now shows arthouse and classic films in its 200 seat auditorium which has been stripped back to the bare brickwork.

It is operated by a co-operative and has a slight ‘Underground’ feel to it’s programming and ambience. The Nova Cinema is near the Grand Place.