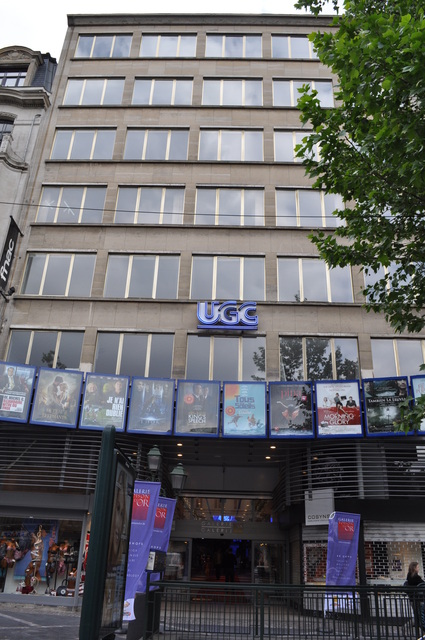 Located to the southeast of the city centre, the former UGC-Acropole which had 14-auditoriums, was remodeled and renamed the current UGC-Toison d'Or.

This photo doesn’t show the cinema, but does show a remarkable sculpture that is a local landmark at the Porte de Namur. The cinema is likely nearby:
View link

Scroll down for a photo of the entry to the cinema:
http://www.tbx.be/fr/Dossier/165/app.rvb

When I lived in Brussels in 1979, there were 7 screens along this strip – the Avenue with two screens, the Capitole with four screens and the Acropole a single screen on two levels. The pictures would move into smaller screens as they would play off and there were some connections through a block long arcade.

Caught a pretty good range of pictures there throughout an incredible year working in the Hilton across the way – Who’s Killing the Great Chefs of Europe, La Luna and a reissue of Clockwork Orange in Acropole, Hard Core, Foul Play and several others in Capitole and La Cage aux Folles and The Great Train Robbery in Avenue

Brussels still has a decent range of art houses and first run screens for a smallish city, and of course a 25 screen megaplex
Kineopolis just outside of town